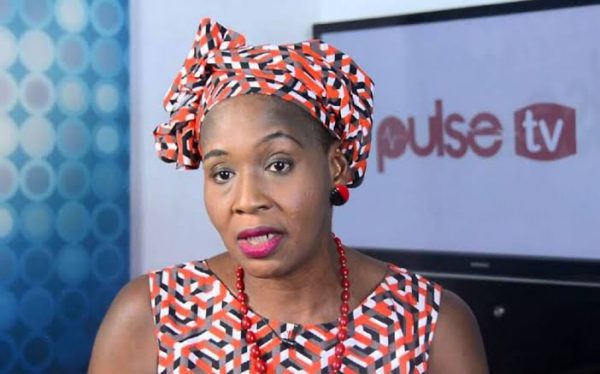 Kemi Olunloyo has contributed a fresh perspective to the viral report about a Nigerian woman who allegedly slept with a dog for money in Dubai, as well as the current wave of reports about other women doing the same.

In fact, it has now been shown that certain ladies are approached and paid N1.5 million to sleep with some clients’ dogs while recording and watching. The report has dominated social media, and Kemi Olunloyo, who weighed in on the topic, recounted what an interview with a ritualist in 2014 at the Herbalist Market in Ibadan.

In her words shared on Twitter, the ladies involved are said to be sponsored by billionaires who would pay to see them sleep with canines. Also, the rich men engaged in the ‘ritual’ act to make money from it.

She claimed some ladies are believed to make as much as 2 million naira every night by sleeping with the rich men’s dogs. 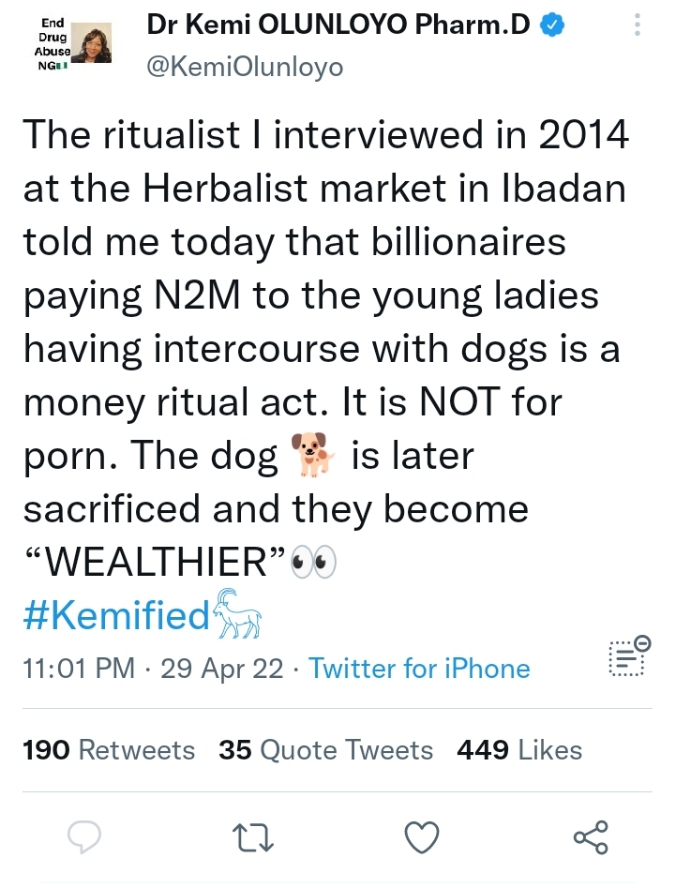