My Father Has Been Kidnapped For Over Two Weeks, Nollywood Actor Cries Out 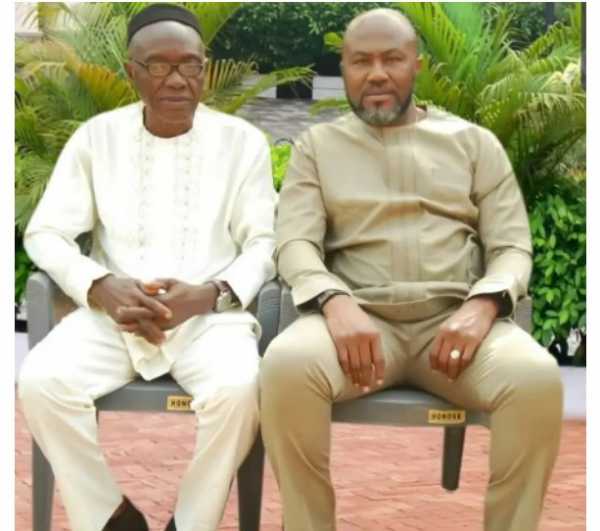 Nollywood actor, Uche Udoputa, has cried out to the public about his father being abducted by gunmen for over two weeks.

The actor further stated that they have been trying all their possible best to rescue his father, Kenneth, all to no avail.

The Nollywood actor initially posted a picture of him and his father with the caption;” Dad we pray for your safe return”.

Later on, he revealed to his fans that he needs prayers from them, saying, “Friends please join me in praying for my father’s safe return from the hands of kidnappers that took him for over 2 weeks”.

Meanwhile, before the tragic event happened, the veteran in an interview stated that fame had deprived him of being his real self, most especially, eating in local restaurants.

He said “I can’t walk the way I want to walk anymore. I would want to walk barefooted, sometimes go out with just singlet. Most times eat what I want to eat, like nibbling on snacks on my steering or to the local bukkas. I can’t live my personal life anymore. I have to live the life the audience wants of me but in all, I try to live within my means”.