Lady Accuses Married Man Of Assaulting Her After A Massage Session 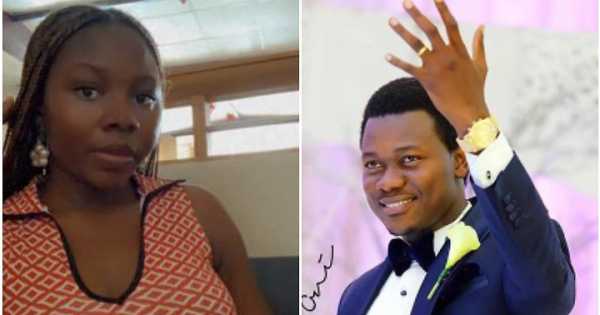 Nigerian lady, Billionaire Koko, has called out a married man for allegedly assaulting her after booking a massage session with her.

Koko revealed that the man tried to force himself on her after the massage session was over.

“Yesterday someone called my number asking about massage and I said I only take bookings on Twitter because of the nature of the business,and the number he called was directly from my fashion business page.

He insisted that there was no difference and later I booked a session for him. By then it was getting late in the night but he said he’s usually busy during the day and also he doesn’t live in Lagos so I had to go.

After giving him the massage, he tried to have sex with me severally, because by the time it was too late to go back home. I told him NO

Every single time he tried to touch my ch3st and he even tried to stick his raw penis inside me. I was very uncomfortable and scared and as at 4am.

In the morning I stood up to book a ride but he Kept ordering me back to bed. He’s been so controlling ever since I got there and Even told me the way I did the massage isn’t how they do it.

Meanwhile he mentioned before sending deposit to book that he had options, but he wouldn’t stop calling. This creep has been following my Twitter and I didn’t even know him. He said he just wanted to try something diff……”