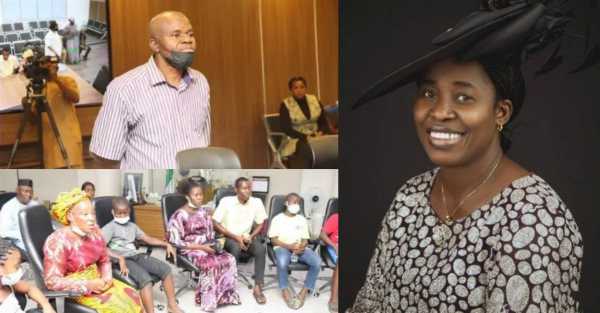 The Federal Capital Territory, FCT, Abuja Police Command, has revealed that it transferred the case of the late gospel singer, Osinachi Nwachukwu, to the Directorate of Public Prosecutions.

The 42-year-old ‘Ekwueme crooner’ passed away last Friday, April 8, in an Abuja-based hospital.

Following her death, her close friends/family members alleged that she died in the hospital while treating herself after her husband kicked her on the chest during one of his many physical attacks on her.

According to report, the case was transferred from the Lugbe Police Division to the State Criminal Investigation Department the following day.

However, A source has come out to shed more light on the recent development. According to the PUNCH Metro, the autopsy report had been released, adding that the police would seek legal advice on the matter

The command’s Police Public Relations Officer, Josephine Adeh, on Monday, said the case was no longer with the police.

She said, “The case is no longer with us. It is now with the DPP in the office of the Attorney General.”