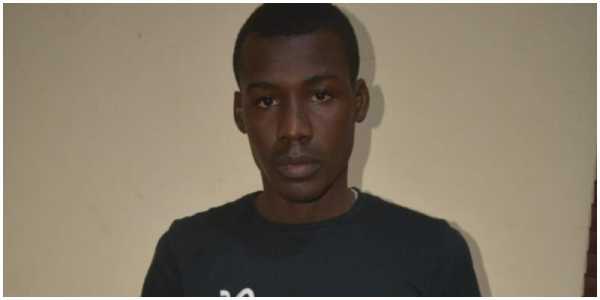 Faruk Sani was convicted and sentenced to two and a half years in prison by Justice Usman Na’abba of the Kano State High Court in Kano for stealing N6,900,000.00 ( Six Million, Nine Hundred Thousand Naira only).

On Thursday, April 7, 2022, he was sentenced to prison after pleading guilty to five counts of theft charges at the Kano Zonal Command of the Economic and Financial Crimes Commission, EFCC.

One of the charges read: “That you FARUK SANI and others now at large on or about 18th December 2020, within the jurisdiction of this Honourable Court committed theft of the sum of N4, 000,000.00 (Four Million Naira only) by taking it out of the possession of United Bank for Africa Plc through Yetunde Olariyiki Ajayi- Bembe’s Account No. 2062266268 with the Bank and paid into Bayelsa Oil & Gas Services Company Ltd’s Account No. 1018500218 domiciled with United Bank for Africa Plc and you thereby committed an offence contrary to Section 286 of the Penal Code, Laws of Northern Nigeria and punishable under Section 287 of the same Code”

The convict pleaded guilty to the five counts when they were read to him.

In view of his plea, prosecution counsel, Ahmed Aroga prayed the court to convict and sentence him accordingly.

Consequently, Justice Na’abba convicted and sentenced the defendant to six months imprisonment on each of the five counts or pay a fine of N50,000 (Fifty Naira only) on each count.

Sani’s journey to the Correctional Centre started when a petitioner alleged that he conspired with four other suspects: Ibrahim Abubakar, Abubakar Ibrahim Musa Kofa, Musa Sanusi Abdulsalam and Aliyu Auwal Umar (at large) and stole the sum of N6,900, 900 (Six Million, Nine Hundred Thousand and Nine Hundred Naira) by hacking into an account belonging to her and transferred the money into several bank accounts.