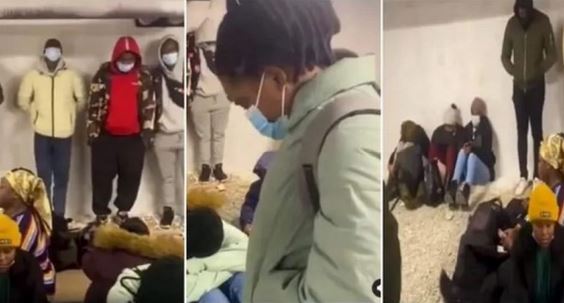 According to a report by Africanews, a train conveying some Ghanaian students in Ukraine was reportedly attacked by some Russians in Ukraine.

The students, however, were said to have escaped unhurt.

The International news organisation quoted a member of the Ghanaian Parliament representing North Tongu constituency, Samuel Okudzeto Ablakwa, to have disclosed this in an interview with a local TV on Saturday.

Ablakwa, a ranking member of the Parliament’s Foreign Affairs Committee, spoke on the backdrop of a growing plea on the government to evacuate Ghanaian students from Ukraine.

Ghanaian students have since Thursday, when Russia launched attack on Ukraine, appealed to the Ghana government to evacuate them.

The lawmaker said, however, that the Government of Ghana has finally decided to evacuate Ghanaian students from Ukraine.

“The Ministry through its Mission in Berne, Switzerland and the Honourary Consulate in Ukraine are in touch with the Ghanaian students in Ukraine through their leaders,” he said.

“A list of students has been compiled to facilitate an evacuation exercise,” the Ministry of Foreign Affairs and Regional Integration had said in a statement on Friday, February 25.

The Ghanaian government had before now asked its citizens in Ukraine to find shelter, adding that arrangements were ongoing to evacuate them from the war-torn country.