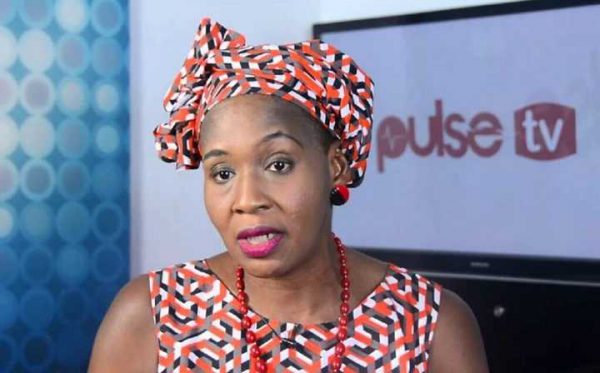 Journalist Kemi Olunloyo has come to Mercy Eke‘s defense after she was chastised for her attire yesterday, comparing her to several American top stars who expose more skin.

According to her, the same people who are criticizing Mercy Eke by wailing that she is naked are also admiring JLO and Toni Braxton’s iconic Grammy costumes and InStyle shots, and she is pleading with them to clear the highway for Mercy Eke so she can enjoy her life.

She wrote: “The same fools abusing Lambo crying nakedness are the same ones praising JLo and Toni Braxton’s iconic Grammy dresses and Instyle shoot/ Clear the Highway for @real_mercyeke” 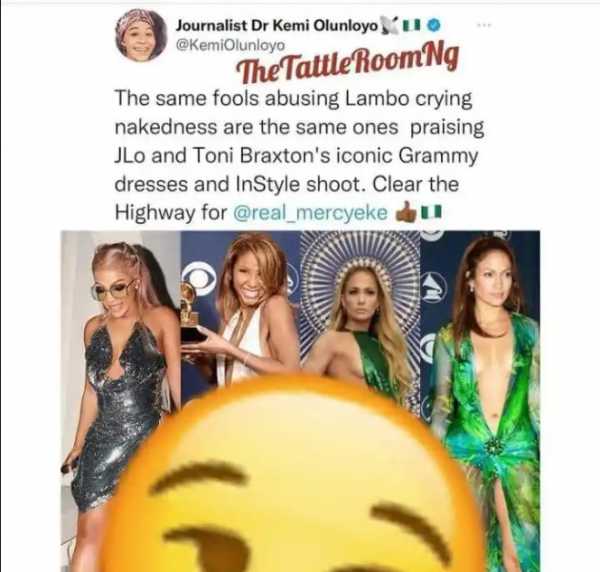