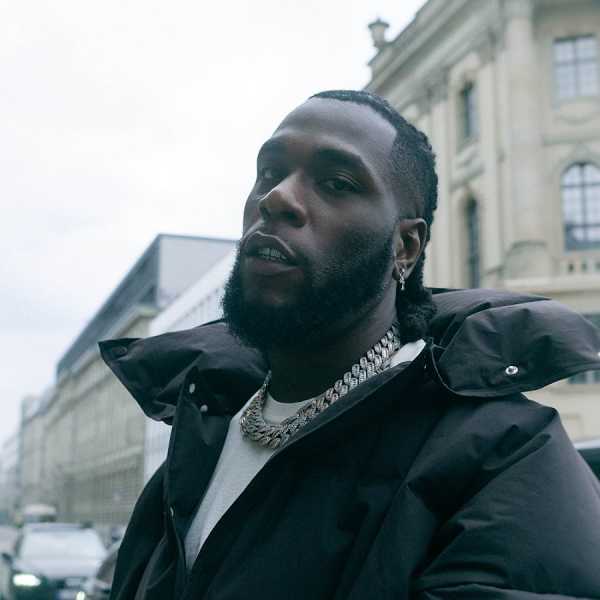 Burna Boy has made it clear that he truly was involved in a car accident.

The star stated that he was involved in the accident in Lekki, Lagos on Saturday evening, February 26.

According to the post made, Burna said he was riding in his Ferrari when he had the accident.

He also said that his leg hurts a little but he is fine.

He added that people were more interested in filming him after the accident instead of helping him.

Well, Burna did not say much but many of his fans are glad that he is doing fine and hopes he gets better. 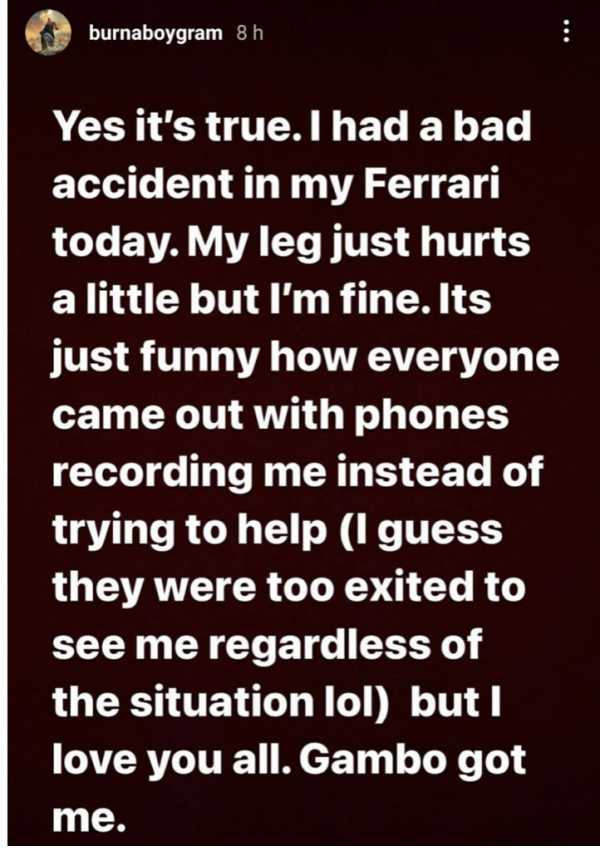