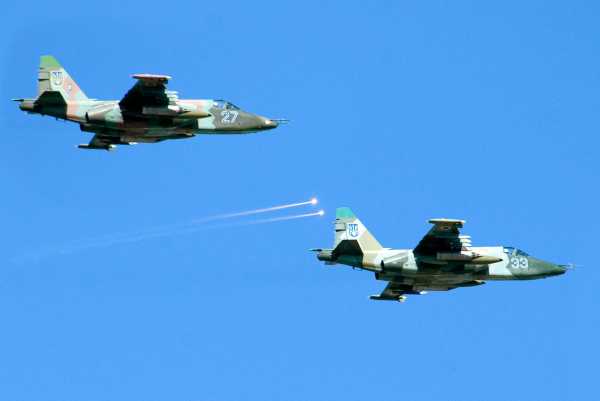 Ukraine military says it has shot down five fighter jets and a helicopter belonging to Russia.

This follows an earlier attack on Ukraine based on the order of President Valdimir Putin of Russia.

A Defence spokesman of Ukraine said hundreds of Russian troops are likely to have been killed in the incident.

Ukraine’s forces released a statement on Thursday morning to reveal that they are repelling Russia’s attack on the country.

“Today, February 24, at 5.00 am, the Armed Forces of the Russian Federation began intense shelling of our units in the east, and also launched rocket and bomb attacks on airfields in Boryspil, Ozernoye, Kulbakin, Chuguev, Kramatorsk, Chornobayevka, as well as on military facilities,” the forces said.

Meanwhile, Russia’s military has claimed that the Ukrainian air defence has been neutralised hours after it started launching attacks on major cities. Moreover, Kyiv has flagged ongoing cyberattacks. The Ukrainian government had earlier announced the shutting down of complete airspace.