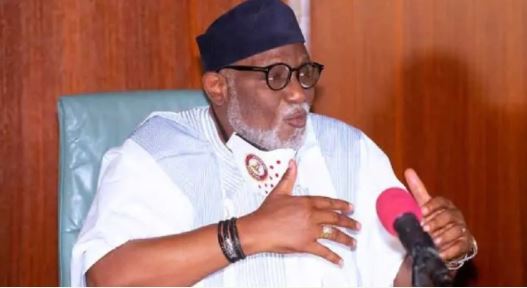 Just hours after Governor Rotimi Akeredolu of Ondo State threatened to deal with killer herdsmen who invaded a community in the state killing and burning houses, another tragedy has occurred.

This time, herdsmen invaded Arimogija, a community in the Ose Local Government Area in Ondo State on Monday evening, killing five persons, according to Sahara Reporters.

The attack is coming a few days after gunmen invaded Omolege, a border community in the same LGA, killing three people and razing many houses.

The community’s head was said to be among those killed.

Governor Rotimi Akeredolu had on Sunday visited the council area and vowed to hunt the perpetrators.

The governor had visited the scene in company with the state Commissioner of Police, Mr Oyediran Oyeyemi; the Commander of the Amotekun Corps, Tunji Adeleye; and some members of the state executive council.

However, few hours after the visit, SaharaReporters gathered that the gunmen attacked another community in the LGA, killing at least five persons.