Femi Otedola’s daughter, Florence Ifeoluwa Otedola has reacted to being trolled on Twitter over her appearance.

It may be recalled that the sensational DJ took to social media a while back to ask her fans and followers for their honest opinions on her appearance, and if they thought she was the most beautiful girl in Nigeria, to which she received a lot of love and goodwill from many of her fans.

READ ALSO: You retired the day you were born – Man tells DJ Cuppy

In the present, DJ Cuppy has shared some adorable photos of herself as she prepares to relocate to Dubai for her vacation.

“The face and the rest of the body colour don’t match. Legs like an athlete, bloated tummy like a pregnant woman, excess fat on the upper body”. The troll wrote.

As many of her fans gushed over her stunning appearance, a troll decided to make an unworthy remark about her appearance and thought process. 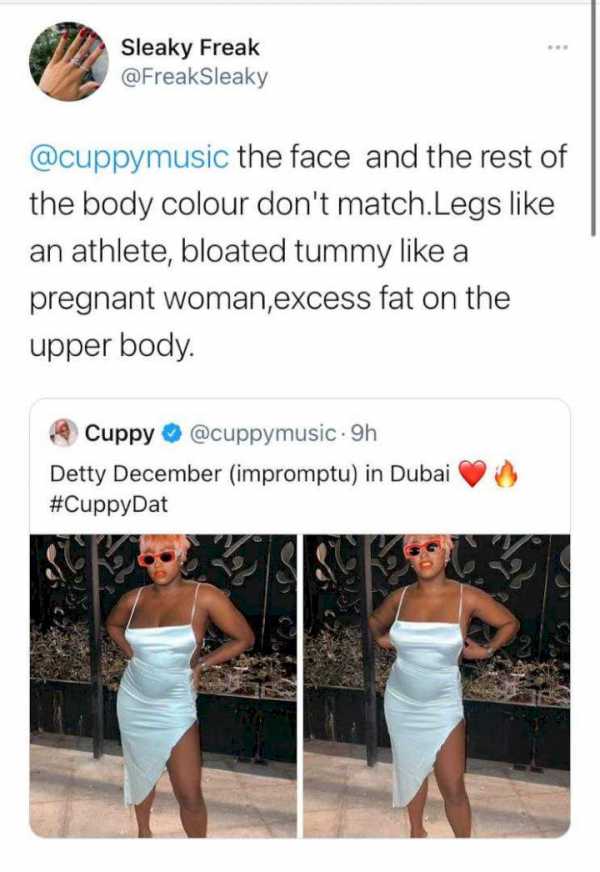