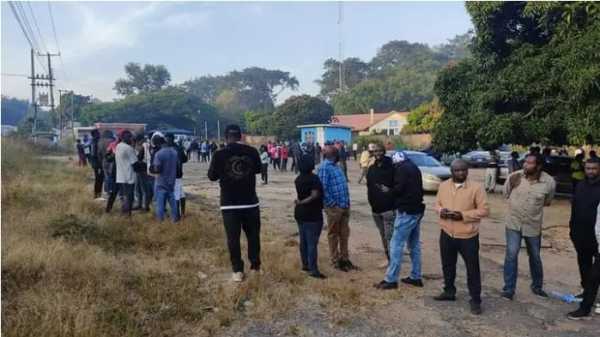 Youths in their numbers trooped to the Plateau State House of Assembly, on Monday, to protest the impeachment of the former speaker of the state assembly, Hon. Abok Ayuba Nuhu.

According to Daily Trust, the youth began to converge at the house as early as 4 am.

Abok was, on Thursday, impeached and replaced with Sanda Yakubu, who hails from Pengana constituency of Bassa Local Government Area of the state.

But Abok was quoted to have denied the number of those that supported his impeachment, adding that his removal was illegal because 2/3 of the members did not sign his impeachment.

Soon after his impeachment on Thursday, the embattled speaker held a parallel session with members loyal to him at a community hall in Zawan community of Bassa LGA of the state.

Despite security presence around the assembly complex, angry youths are trooped to the house to protest the removal of the former speaker.