The high prices of used cars may finally be dropping! 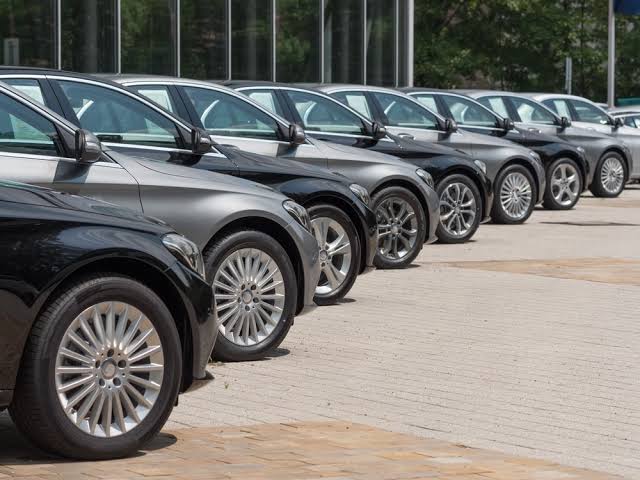 The world is in a state of chaos. Well, things have calmed down a lot since the last few months, but the way the coronavirus pandemic shook the economy will take some time to recover. Some already have, but certain industries are still suffering. For example, the semiconductor shortage resulting in the issue of supply of electronics and also affecting the supply of both new and used cars is something that has not yet been solved. If you wanted to buy a used car in recent times, you might have been dejected after looking at the extremely steep prices. Even for a used car. However, that might finally be settling down and we might finally be able to get a used car within reasonable terms. So that used Nissan Altima for sale that you wanted but couldn’t afford can now finally be yours.

What is actually the situation? If you have been unaware or are not remotely interested in cars, you still might have heard that the prices of both new and used cars are at an all-time high. Why is that? Well, you see, the world is in a severe semiconductor shortage. What is a semiconductor? It is used to build all our precious electronics and hardware. Ever since the pandemic hit, the production has been halted and it hasn’t picked up full pace yet. Why is that? Well, because semiconductor and chip manufacturing largely takes place in China and Taiwan.

Due to the curfews and restrictions on work, the staff was unable to go to the factory to produce these chips and semiconductors. As a result, the supply was cut short. But the demand kept growing. With people being forced indoors and being forced to work from home, the demand for smartphones, PCs, and laptops skyrocketed. And yes, as you might have guessed, all of these require semiconductor electronics. So, the demand kept rising and the supply was running short. As a result, the prices shot through the roof.

Not only did this affect the PC and laptop market, but also the car market. New cars require a lot of electronics in them before they leave for the market. Would you buy a modern car without any electronics? That’s just not possible. So, even cars couldn’t be completed without the crucial electronics and the supply of cars was cut short. With the pandemic subsiding, the demand for cars kept growing but the supply was still short. As a result, the pricing of new cars went through the roof too. An average new car transaction in 2020 and early 2021 was over $40,000.

But how did the prices of used cars rise? Well, since people cannot own new cars, they are looking to older cars and the demand for old used cars is also rising. Car rental companies sold their entire fleet during the pandemic since no one really had a demand for cars and they had to survive with money. But now, everything is restored to normal and they are trying to buy all the used cars back. This has further resulted in the prices of used cars shooting up.

Jeff Dyke, president of Sonic Automotive told CNBC, “New car inventories are going to get better progressively over the next few months as we get to the end of the year. As that happens, it’s going to alleviate the number of inventory issues that are happening on the pre-owned side.”

But with the situation slowly starting to find itself in the correct position, the used car market is starting to change. As the supply of new cars is slowly increasing, the prices of used cars are also dropping. In the month of July, an amount as high as $2,000 will be off of the current used car pricing. Car trade-in opportunities are also there with a lot of value for new car owners.

Now, the used car prices will be going down but what about the new cars? Well, the supply of semiconductors is beginning to show some signs of hope, but that doesn’t mean the entire car market will come crashing down in a single day. Even big American brands such as Ford and GM are suffering from the shortage. Ford had to halt its production as their plants were being filled up with vehicles. They are manufacturing vehicles but the vehicles are not ready, since they are missing the crucial electronics due to the shortage. As a result, they have to store their unfinished cars in their plants, as the cars are unable to hit the dealerships. So, the production of new cars had to be halted.

GM also halted most of their US and Mexican production of Silverado and Sierra. However bad the market might be for new car owners and car manufacturers; the used car market will slowly start to normalize. Sonic Automotive, which sells used cars, had a massive revenue of $3.4 billion in Q2 of 2021 and it was an unreal increase of 58.7%n over the last year. Since the price of used cars are so high, these companies are taking all the benefits.