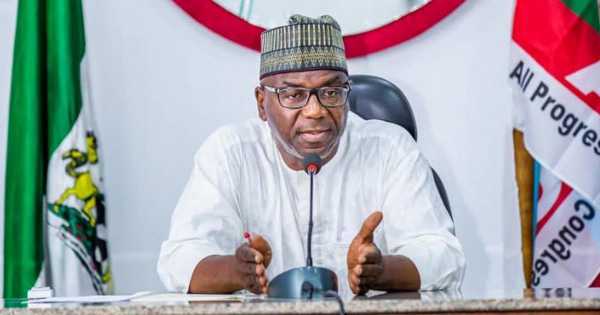 Governor AbdulRahman AbdulRazaq of Kwara State has urged the Kwara State Polytechnic to be more proactive in deepening a culture of inquiry, technological innovation and enterprise.

The Governor made this known today at the 27th combined convocation ceremony of the Kwara State Polytechnic, Ilorin.

Represented by his Deputy, Mr Kayode Alabi, Governor AbdulRazaq said the purpose of technical education for which polytechnics are established would be fully attained through such endeavour. He added that the institution is one of the few specialised education centres nationwide and has produced several innovative products.

The government, he said, has invested billions of Naira in the tertiary institutions and promised the institution more infrastructure as the state finances improve.

‘Recently, we approved N50m for accreditation of old and new courses at this great citadel of learning. This should have been done many years ago. Ladies and gentlemen, I am also proud to announce to you that Kwara Poly Radio, which our administration started, will go live on December 15, 2021. This will ultimately lead to accreditation for our own Kwara Poly to run Mass Communication as a course at the HND level. This is a dream come true for thousands of our students who had hoped to do their HND Mass Communication after their national diploma.’ he said.

The Governor has also immortalised the late former Governor of Kwara State, His Excellency Mohammed Alabi Lawal after the recently completed and commissioned 20 years abandoned multipurpose hall he started. He described the gesture as a well-deserved recognition for a patriot and a lover of education.

Governor AbdulRazaq commended the Governing Council of the Polytechnic, the Management Team, the Organising Committee and graduating students for making the ceremony a reality.

He urged the graduands to make the best of the opportunities and challenges that may come their way in the years ahead as they begin another phase of life after the considerable investment by their parents.

Engr. Dr Yaru Swanru Salihu, the Chairman Governing Council of the polytechnic, in his address said the institution is witnessing an articulate legacy of excellence within a short period of this administration.

The rector, Kwara State Polytechnic, Engr. Dr Abdul Jimoh Muhammed, in his address, acknowledged the numerous developmental strides recorded by this administration in the total transformation of the State. He said, “We are convinced that the popular choice of the people was not misplaced.”

Part of the activities was commissioning and unveiling the renovated student’s hostels and the institution‘s water factory by the visitor, Governor AbdulRahman AbdulRazaq.