Adunni Ade Pens Down Touching Message To Her Two Sons As She Releases New Film, ‘SoólèTheMovie’ 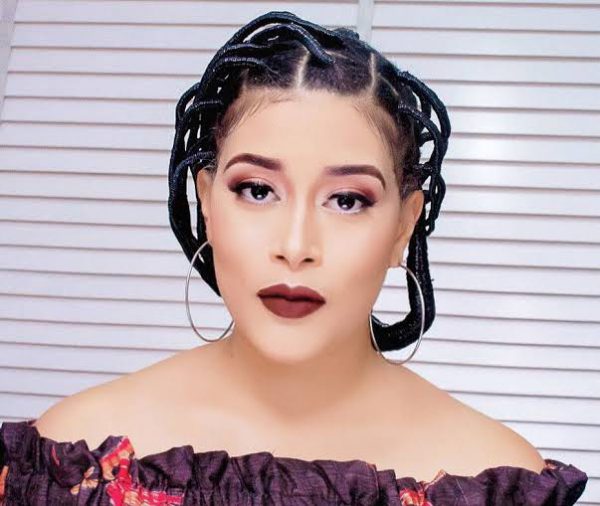 Adunni Ade has taken to her social media to pen down heartfelt message to her two son as she releases the much-anticipated movie, ‘SoólèTheMovie’.

Taking to Instagram, the star shared photos of her two sons – D’marion and Ayden revealing how they stood by her.

Adunni stated that the past few days has been overwhelming as she recount the pain she went through when she found out she was pregnant.

She stated that a whole lot happened and her Dad was very disappointed in her.

READ ALSO: I Can’t Stay In A Bad Relationship, Marriage Does Not Define Me – Actress Adunni Ade

She stated that all she had was her mother who stood by her as she faced they challenges.

“These past few days have been overwhelming! I remember when I found out I was pregnant with D’marion, it felt like the world came caving in on me. A whole lot happened to me. My Dad was so hurt that his first daughter was pregnant (out of wedlock, I understood ). I was a senior at college. It was the worst time of my life. All financial support was cut off! I was ill. My mom did all she could to stand by me. I felt as though I had failed in life as my Hero was disappointed in me. I began facing so many challenges in life. My heart was so fragile I thought I’d never make it through because of how terrible my life had become.”

Adunni mentioned that 4years after she had her second son, Ayden and she was not ready for it.

She said at first she was scared but was more determined.

The actress made it known that her sons mean the world to her and she is glad.

“Fast forward 4 years later, Ayden comes along. I recall being so upset ! I got to go through the hurt, the pain all over! Damn! But this time around I was more determined! More focused in being successful for my 2 lil princes. Ayden brought a different vibe to life, to live my life unapologetically.

“When I tell you my boys are my world, I mean it with every fiber of my existence.
I’m no where near my goals in life but I tell you something! Things have changed! I get asked a lot how I do it, I simply answer “I just do it!” I recall working 2-3 jobs just to make ends meet. Leave out 4:30am back after midnight. This consistent hard work is years of labor!”