Nigeria A Failed State Pretending To Be Normal – Moghalu

A former presidential candidate in the 2019 general election, Kingsley Moghalu, has described Nigeria as a failed state.

Moghalu said Nigeria is a failed state pretending to be normal.

The former Deputy Governor of the Central Bank of Nigeria, CBN, was reacting to the terrorist attack on an Abuja-Kaduna train.

He lamented that the inactivity of security agents who were aware of the attack ahead of time, indicated that Nigeria is a failed state. In a series of tweets, Moghalu wrote: “After reading reports of the terrorist attacks on the Abuja-Kaduna train, and of how security networks were reportedly aware in advance of the attack but did nothing, we must tell ourselves the truth: Nigeria is a failed state pretending to be a normal country.

“Our state failure can be reversed. Britain suffered from “The Troubles” (terrorism by the Irish Republican Army) decades ago, but today it’s a different story.

“Afghanistan is not our destiny, but we must change our political direction in 2023 to make that outcome a false prophecy.” 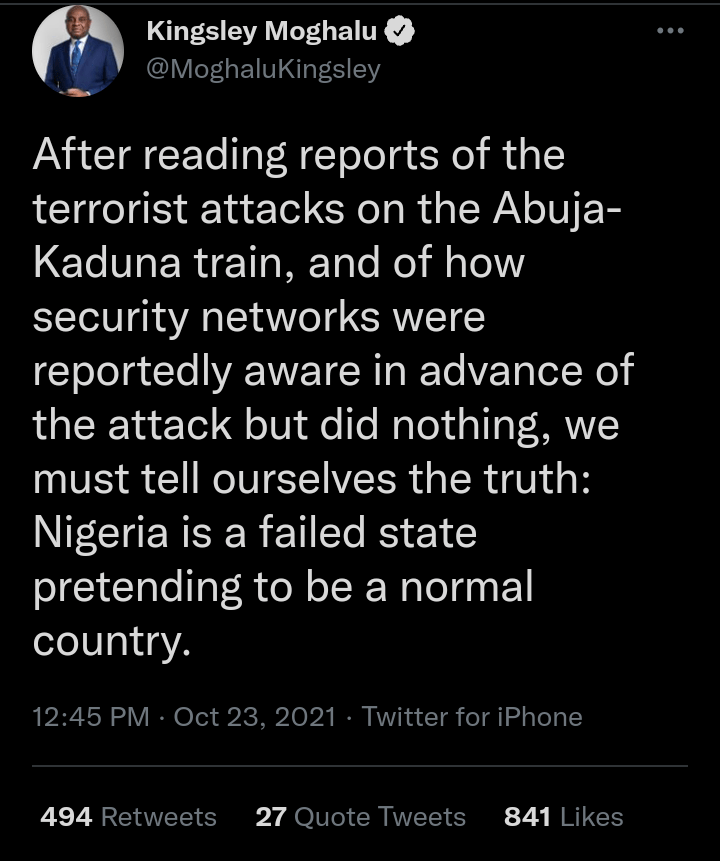