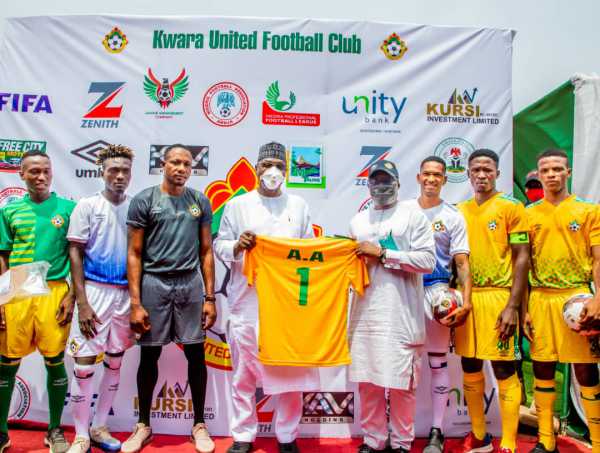 That Kwara State Government is currently on the verge of a fascinating sports revolution at the grassroots would hardly come as a surprise to many particularly those who have been following the development in sports under the leadership of Governor Abdulrahman Abdulrazaq.

Apart from the facilitation of a new Kwara United into the premier league, three players of the club have also received invitations to the Super Eagles Team “B”.

In a letter dated 21st September 2021, addressed to the Club by the Nigeria Football Federation and signed by the Secretary of Super Eagles Team B, Ekene Okoli, the trio of Stephen Chibueze, Christopher Nwaeze and Afeez Nosiru Babatunde have been invited to participate in the Super Eagles Team B Invitational Tournament in Congo.

The tournament is expected to hold from 30th September to 4th October in Congo.