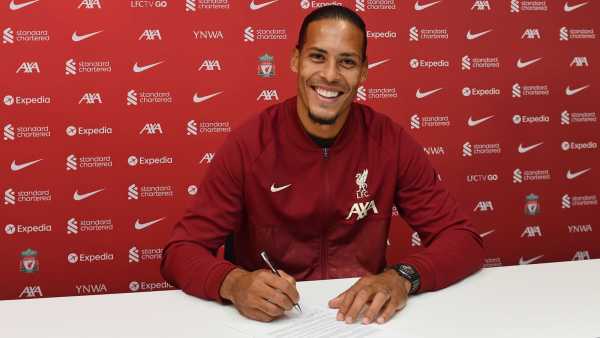 Liverpool defender Virgil van Dijk has extended his contract with the club until the summer of 2025.

The Netherlands captain, 30, joined Liverpool from Southampton for £75m in January 2018 and was due to be out of contract in June 2023.

Van Dijk made his comeback to first-team action in pre-season after nine months out with a serious knee injury sustained in October’s Merseyside derby.

“All the hard work we’ve put in so far continues and I am looking forward to what the future brings together with Liverpool. I’m delighted, very happy and proud,” Van Dijk said.

The centre-back has made 130 appearances in all competitions, scoring 13 goals, for the Reds since his arrival and was a big absence as Jurgen Klopp’s side were unable to successfully defend the Premier League title last season.

“Since day one when I joined the club, I felt so much appreciation from the fans and from my teammates and the staff, that I could be a very important member of this football club,” said van Dijk, who has also won the Champions League, UEFA Super Cup and FIFA Club World Cup with Liverpool.