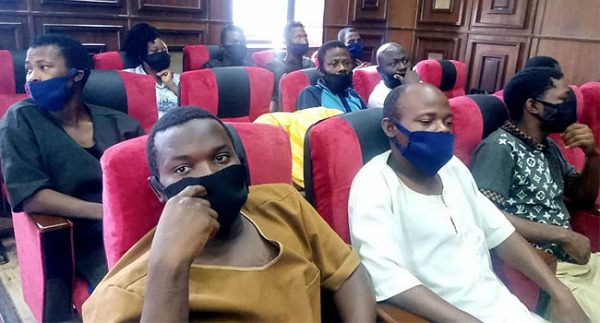 After 53 days in the custody of the Department of State Services, four of the 12 aides of embattled Yoruba Nation agitator, Sunday Adeyemo aka Sunday Igboho, are set to taste freedom again as Justice Obiora Egwuatu of the Federal High Court, Abuja on Monday signed their Release Order.

The presiding judge ignored the persistent argument of the DSS lawyer, Idowu Awo, and signed the Release Order of the four contested detainees.

The detainees’ lawyer, Pelumi Olajengbesi, confirmed the development to our correspondent on Monday.

He said the judge could not sign the Release Order of the other eight detainees because three of the sureties withdrew before concluding the process of perfecting the bail conditions of his clients.

Olajengbesi, however, expressed optimism that the three sureties that pulled out would be replaced and the judge would sign their Release Order too.

The lawyer also urged the DSS to comply with the court order and release his clients immediately.