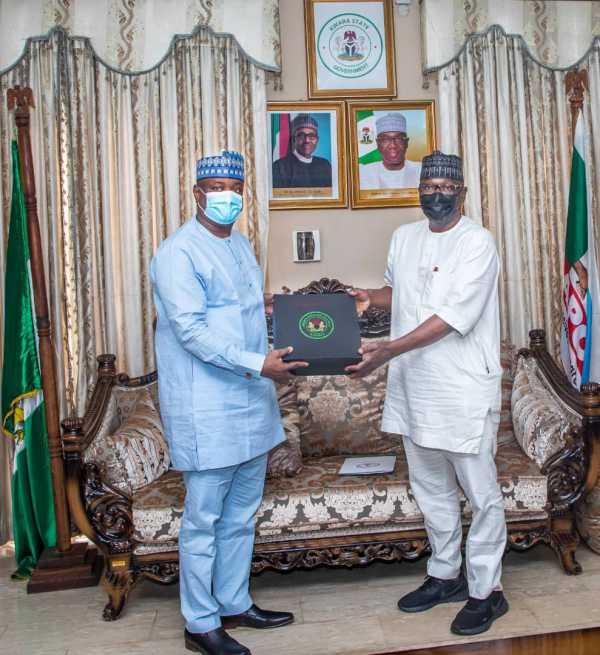 Minister for State for Labour and Employment, Mr. Festus Keyamo has described Kwara State Governor AbdulRahman AbdulRazaq as one of the most labour-friendly Governors in Nigeria.

“I want to make bold to say that this present Kwara Government is more labour friendly in terms of labour relation. Kwara is one of the most labour friendly states in the whole country that is why we are very comfortable and we are at home being here”, Keyamo said during a courtesy visit to the Governor in Ilorin on Friday.

Keyamo, who was in the state on a working visit to the Michael Imoudu National Institute for Labour Studies, lamented the government-labour relations in most states of the federation.

“We see how government-labour relations have deteriorated in most parts of this country especially with many state governments and it has led to problems in those states. Thank God we have not witnessed that in Kwara State. So, we appeal to you to take full advantage of the institute and engage them in programmes,” he said.

“Similarly, we know it is a federal institution, but we want you to be magnanimous enough to give us a capital project and it can be named after you. We have so many needs there and we want you to assist us with any of them and we will be very happy to see it to fruition.

“We are here to also say a big thank you Your Excellency for the very conducive environment you have provided for this institute to strive and for making your door open for us.

“For the smooth functioning and growth of the institute, we appeal that you take full advantage of the proximity of the institute by encouraging labour unions and organisations here to go there for seminars and workshop.

Governor AbdulRazaq, for his part, commended the Labour unions for their support and understanding.

The Governor, who again commended the appointment of Comrade Issa Aremu as the Director General of the institute, assured the management of the institute of his administration’s support.

“Indeed, we are very happy to receive you here today. We thank the federal government for situating the institute here. We agree that the institute is being under utilized by the whole nation, not just Kwara State,” he stated.

“You will see changes and more cooperation between the state and that institution very soon. We will certainly take advantage of that and you will get feedback very soon from the Director General who was a major part of our struggle and a great advocate of community development.”