BBNaija Shine Ya Eye: Liquorose Hits 1M Followers On Instagram In Less Than A Week

The leader of Girls Got Bold Dance Crew had over 900,000 followers on the photo-sharing platform on Sunday, July 25, when she was ushered into the house. 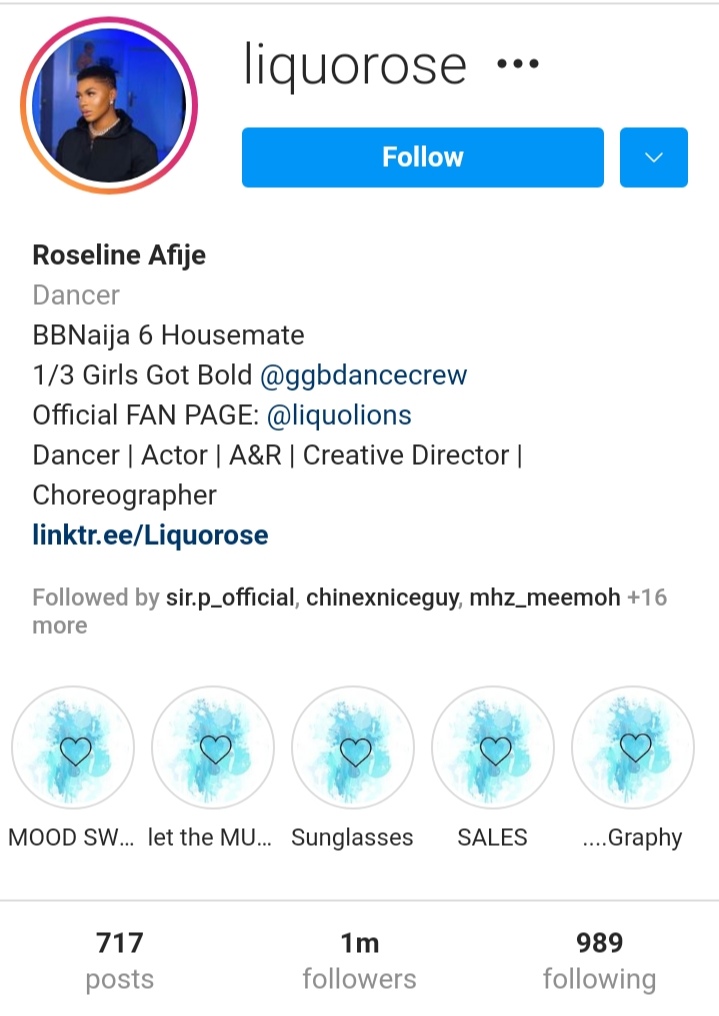