APC Is The Only Party That Can Be Found In Every Ward: Buni 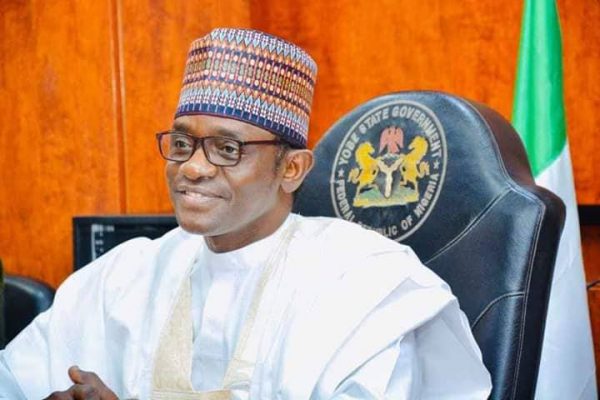 The Governor Mai Mala Buni led Caretaker and Extra-Ordinary Convention Planning Committee, CECPC, of the All Progressives Congress, APC, has directed all State Chairmen to be adequately prepared for the forthcoming congress of the party.

Buni, who chairs the CECPC and also the governor of Yobe State made the statement on Sunday in Abuja while unveiling the official offices and state chairmen of the 36 chapters, including FCT of the party.

Asked for his comment on the recommendations of the committee on the issue of registration, Buni said that the party cannot be held down with endless intra party issues, but would address pressing matters accordingly without altering approved programme for the congresses which would hold simultaneously in all states.

He called on party faithfuls in the states to rise up against what he described as `degeneration of democratic and electoral process gaining currency in other parties.

He said that the essence of unveiling the APC official secretariats in all the 36 states is to officially guide all the Committees responsible for the conduct of congresses nationwide, charging the states’ convention committees to visit party secretariats available on the party’s website: https://officialapc.ng/find-your-state-secretariat/ for names of official chairman and secretariat of the party at their respective states at all times.

However, in an attempt to pre-empt the intentions of the national secretariat, having been privy to the actions of the CECPC, the Lai Mohammed led faction of the APC in Kwara State, hurriedly unveiled her own party secretariat in Ilorin.

This action however goes contrary to the directives of the Chairman of the CEPPC, Governor Mai Mala Buni, who had stated unequivocally that the governors at their respective states are the leaders of the party.

This seems a fruitless action, as the Samari led executive and her secretariat are authoritatively displayed on the official website of the party as unveiled by the National Chairman, Mai Mala Buni.