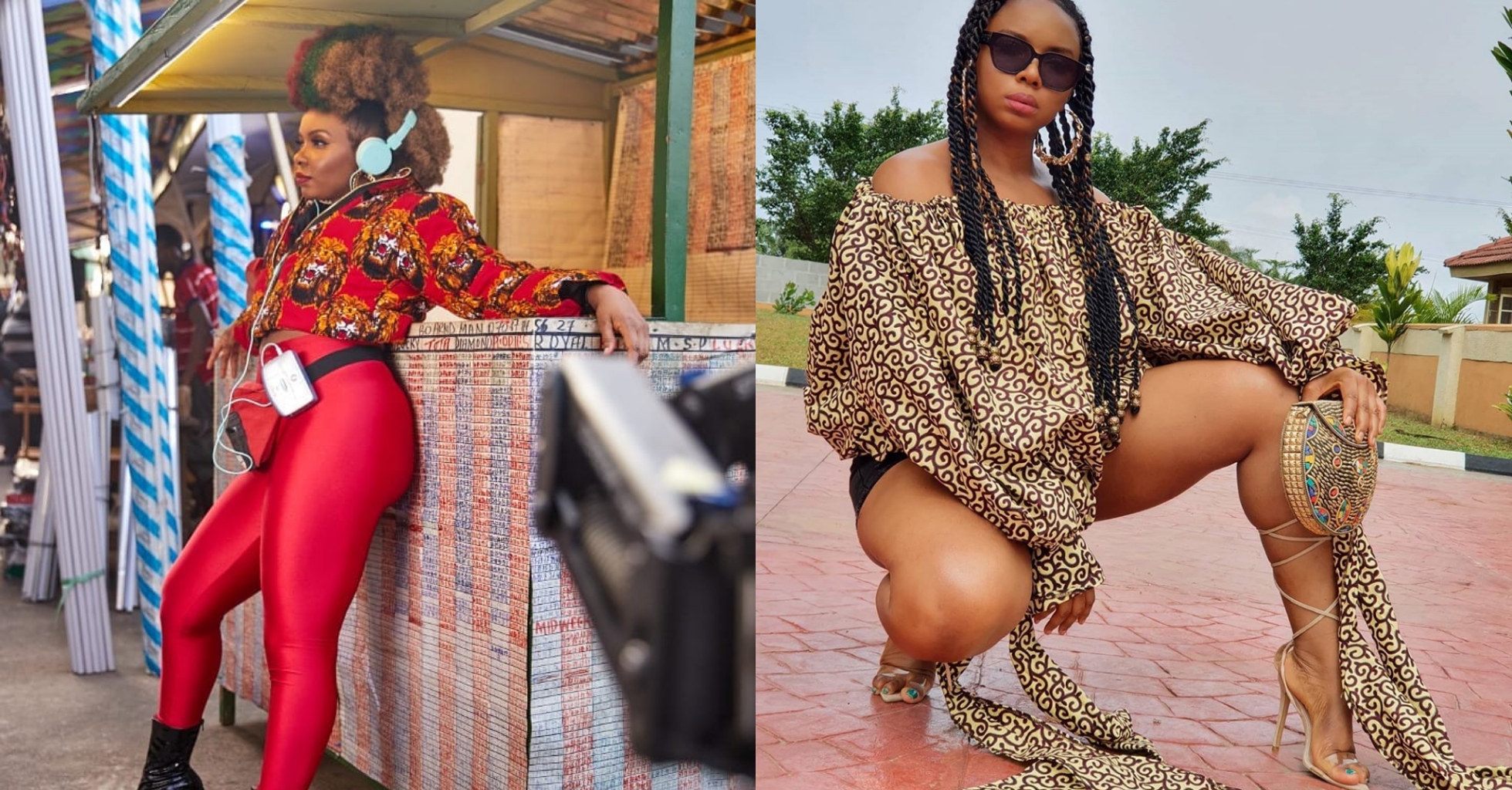 Popular female singer, Yemi Alade, will not be emotionally blackmailed into giving out money to online trolls who go to her page to beg or demand.

The ‘Johnny’ crooner had taken to her Twitter page to motivate her followers.

A follower then went under the post to order her to stop sharing motivational quotes and share money instead.

”Your motivational talk too much! Give us money! these talks no dey work!”

The self-proclaimed Mama Africa replied to him thus:

Another follower who found her response condescending berated her by tweeting that she was rude for telling the other follower to go and hustle without trying to hear what he might have been through in life.

She didn’t let the reply slide as she asked him to read the way the troll also constructed the tweet sent to her.

Another follower called her greedy for refusing to give out money. She replied: 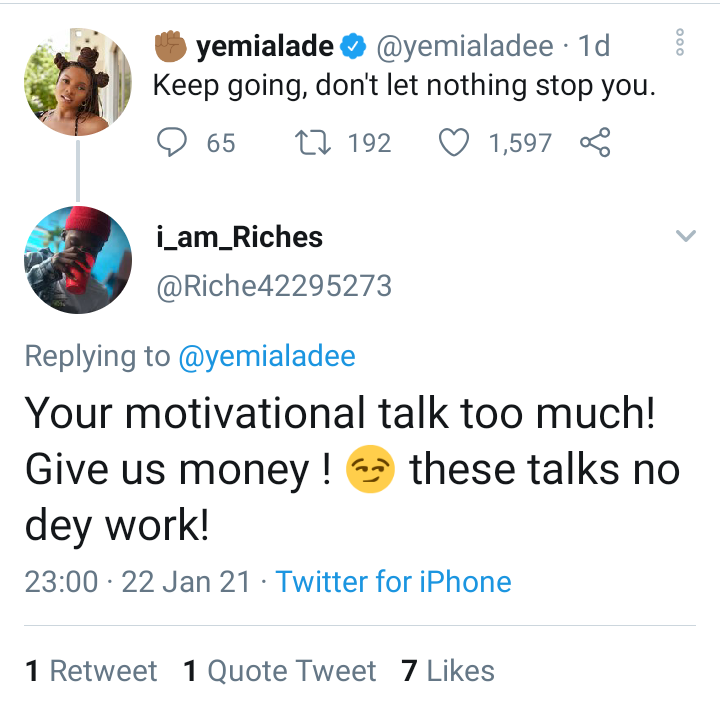 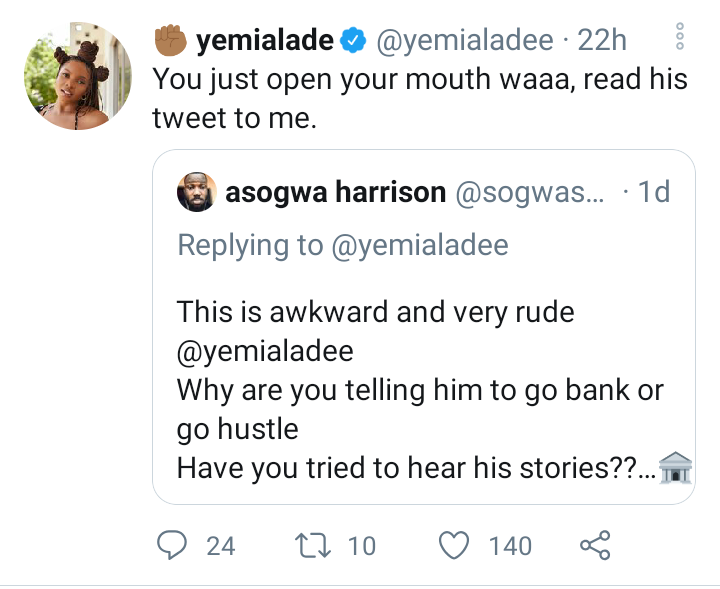 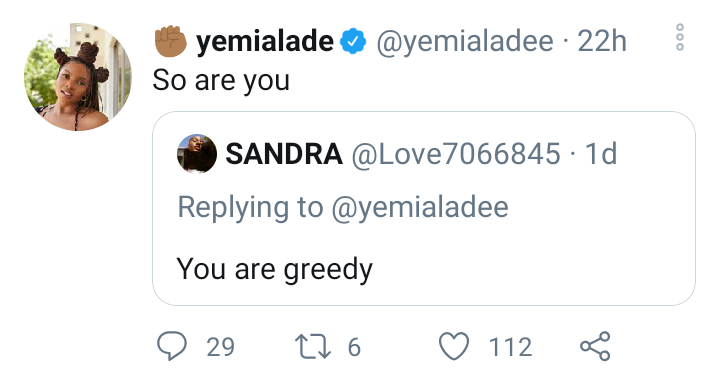