I Believe Olamide More Than So Many Pastors – Zlatan Ibile 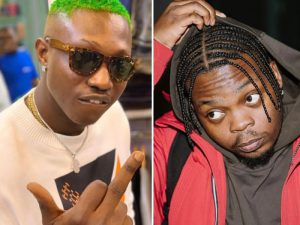 Nigerian rapper Zlatan Ibile has taken to his Twitter page to share his thoughts about today’s pastors.

According to Zlatan, he does not believe in many of them despite being a pastor’s son./

The ”Bolanle” rapper went on to share his thoughts about YBNL boss Olamide, who released a new EP last night titled ”999” saying he believes in him more than so many pastors.

”Sorry to say i believe baddo than so many pastors ! I’m a pastors son too bad.”

What do you guys think about this?