Driver, Bus Conductor Beat Each Other Dirty In Lagos

A bus driver and his conductor yesterday beat each other dirty and hard over an argument which involved money. It happened yesterday along the Lekki – Victoria Island expressway. The conductor was heard demanding for the payment of a full day job which is N1500, but the driver allegedly refused to pay him, and a fight ensued shortly after using degrading words on each other.

They fought from the car, landed into a dirty gutter and the fight continued. Facebook user, Collins Edemanya who witnessed the incident shared the shocking photos. 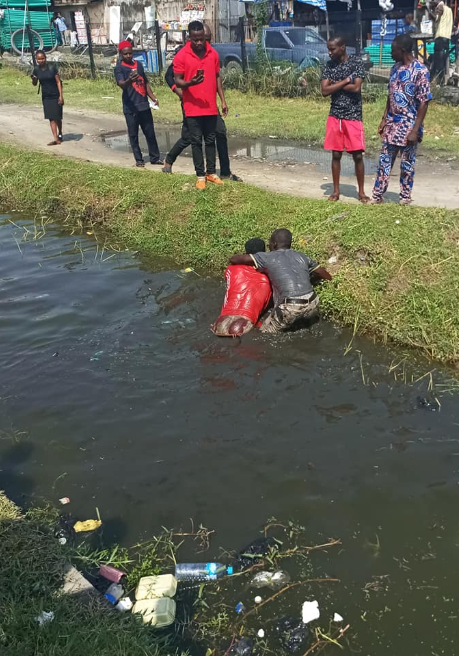 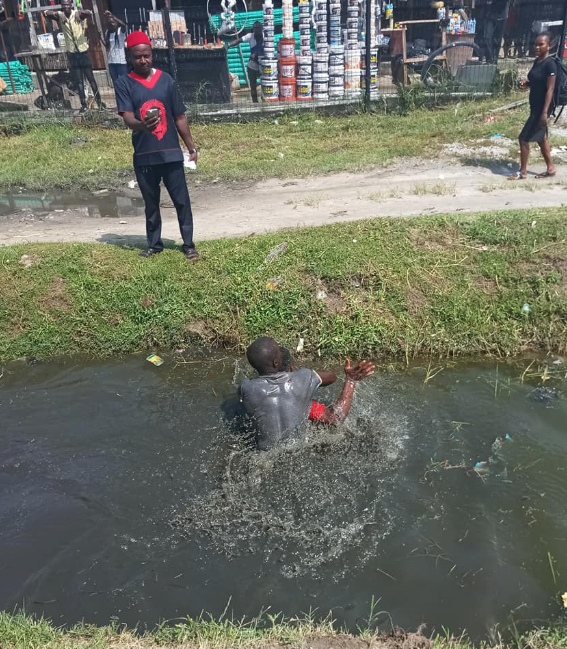