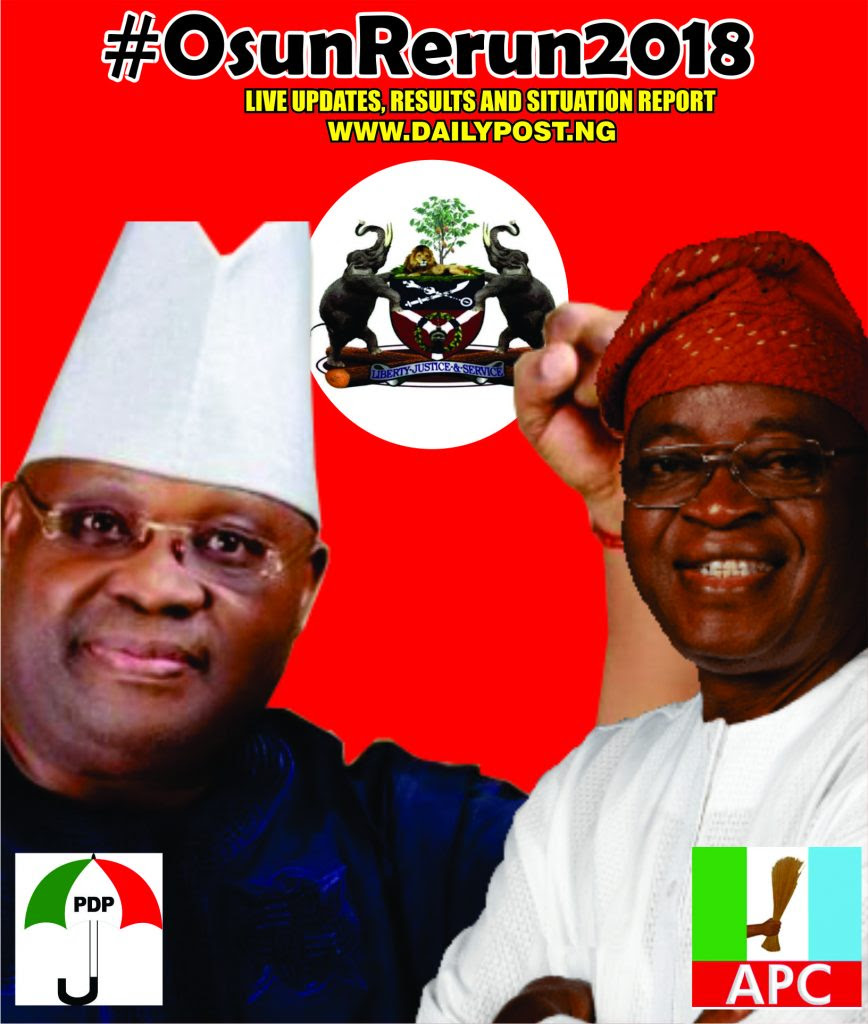 The All Progressives Congress, APC, has won the supplementary election held on Thursday in six polling units out of the seven units in which election was conducted across four local governments of Orolu, Ife South, Ife North, and Osogbo.

Below is the details of the results as being released from the Local governments.

Meanwhile, the Peoples Democratic party, PDP, has described the supplementary election as a broad day robbery, and the most brazen assault on democracy in the history of the state.

This was contained in a press statement signed by the Chairman of the party, Hon. Soji Adagunodo, the copy which was made available to newsmen in Osogbo.

Adagunodo accused the ruling APC of conniving with security personnel to manipulate the electoral process, vowed to resist it in due course.

He explained that thousands of eligible voters were chased away from their homes in Orolu, Ife North and Ife South Local Governments in the early hours of Thursday .

“Scores of our supporters in those local governments were shot and matchetted on their way to polling centres and in the full glare of security men. Hundreds of people holding PVCs from other polling units were accredited and allowed to vote in Osogbo and Ife South Local Governments.

“PDP agent in Olode was axed and abducted at about 7am today. Media men and election observers were denied access in several polling units. By the time access was granted to journalists at about 11am, ballot boxes had been stuffed by APC agents acting in connivance with INEC officials.

“It is regrettable that election in 7 polling units could not be freely and fairly concluded by the Independent National Electoral commission.

“We reject any returns of results from this sham and call on the INEC authorities in Abuja to direct that the so called supplementary election result collation be put on hold now.

“We equally invite leaders of thought in Nigeria and the International community to rise up now to rescue Nigeria’s democracy from being ruined.

“We also call on all members and supporters of our party to resist any attempt to foist a concocted election results on the people of Osun using all legal means at their disposal”.