Nigerians ‘fry’ Buhari’s aide because he posted this photo 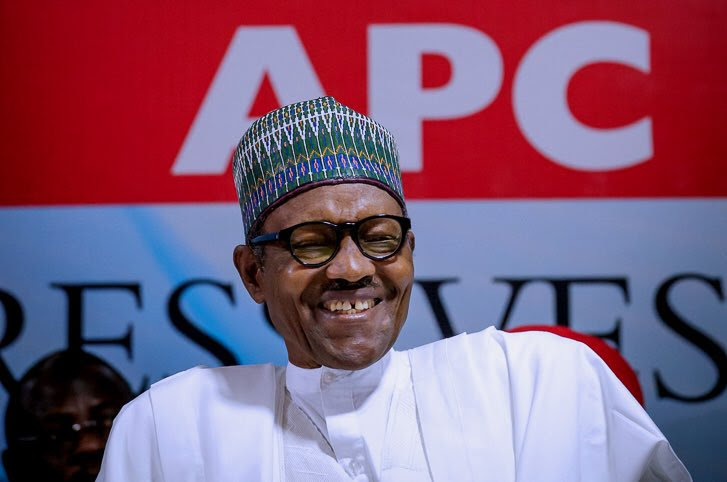 Bashir had written via twitter while posting a picture of Buhari laughing said, that’s the way to laugh when you know no one else bought your party’s presidential ticket, other than you.

When you know on the final day for the submission, you’re the only aspirant bought and submitted your party’s presidential expression of interest and nomination forms. #SaiBaba

Nigerians weren’t very gentle on him, as they came after him with heavy criticisms.

A lot were of the opinion that Bashir, was rubbing salt on injury, knowing fully well that the exorbitant cost of the All Progressives Congress tickets, hindered others from obtaining the tickets.

Some were also of the opinion that, no giving room for competition gives room for tyranny.

Bashir is rubbing salt on Adamu Garba’s wound, knowing fully well he couldn’t just come up with N45.5M which made Buhari the only aspirant. Clearly there is no plan for youths inclusion in party structures. Well your messiah will meet his doom soon, it’s just matter of months.

Is that why @APCNigeria pegged the cost of obtaining the nomination form so high so that nobody apart from @MBuhari could afford. And you are even proud to captioned your principal picture with that funny and undemocratic statement.

The same thing that killed GEJ and you guys cannot learn. And you are behaving like GEJ's people allowing pride to soak their head remember you are not the first to be living inside villa. This is absolutely not democracy the same thing you preach against

When you don't even give room for competition is called tyranny.