“Davido is trash” – Lady calls him out, accuses him of cheating on his girlfriend Chioma

Nigerian singer, David Adedeji Adeleke (born November 21, 1992) better known by his stage name Davido who is currently in United States for his music tour has been called out by an Instagram user, who accused him of cheating on his girlfriend, Chioma. 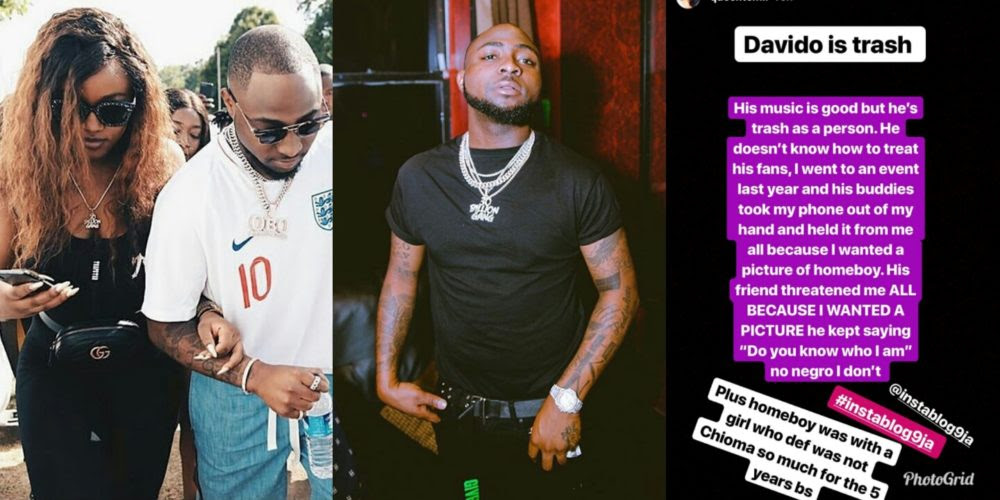 The lady who claimed she tried to take photos with Davido but was turned down rudely with her phone seized by his friend, added that the singer was with a different girl at the club and revealed this wouldn’t be the first time. 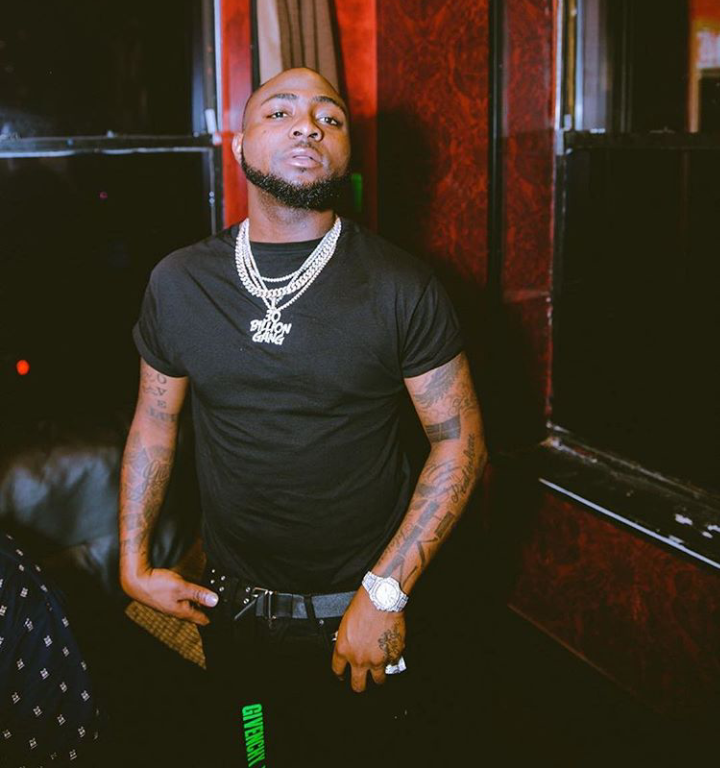 According to the Instagram user, in May 2017, he also partied with a girl who wasn’t his known girlfriend, Chioma even after he claimed he has in a relationship with the Babcock student for over 5 years. 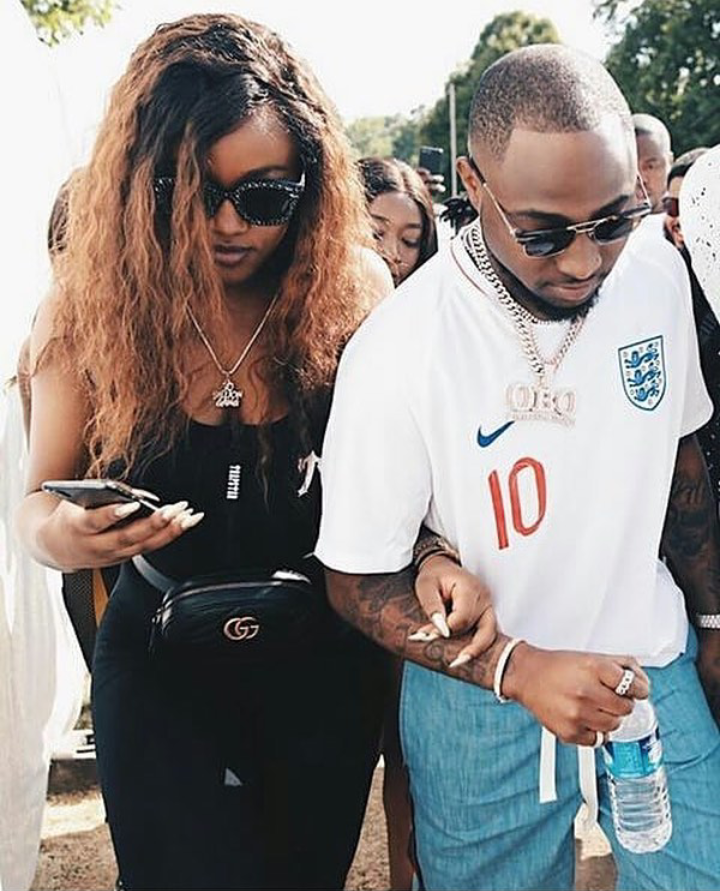 Here are posts about Davido cheating from the lady’s insta-story below; 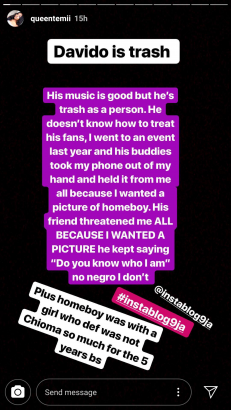 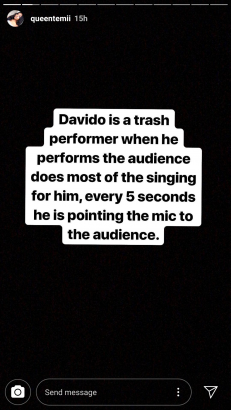 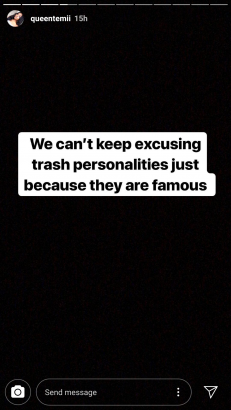 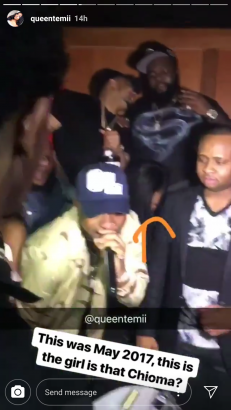 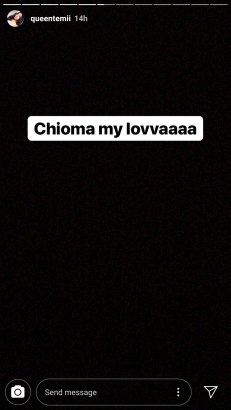