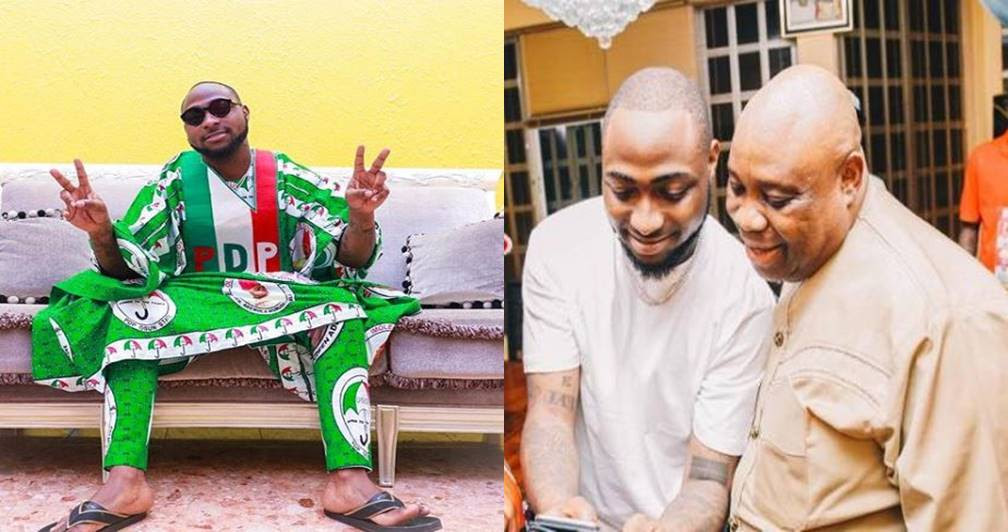 According to the musician, the APC is ready to do anything to maintain power in the state, therefore plunging the people into another four years of suffering, he said.

Davido, who has been a strong member of the campaign team of Ademola Adeleke, the People’s Democratic Party(PDP) candidate for the governorship election and his uncle, made this allegations via his twitter handle on Wednesday.

He shared a sheet which listed the total number of registered voters in the polling units where the rerun will take place tomorrow, saying there is an uncovered plot by APC to rig the return with 812 votes.

See his tweet: “APC Already planning to Rig 2moro’s Re run! Enough is Enough man ! They r ready to do ANYTHING AND I MEAN ANYTHING TO STAY IN POWER AND SUFFER THE OSUN PPLE FOR ANOTHER 4 YEARS ! PLS SHARE ! @inecnigeria @USEmbassyAbuja @OfficialPDPNig” 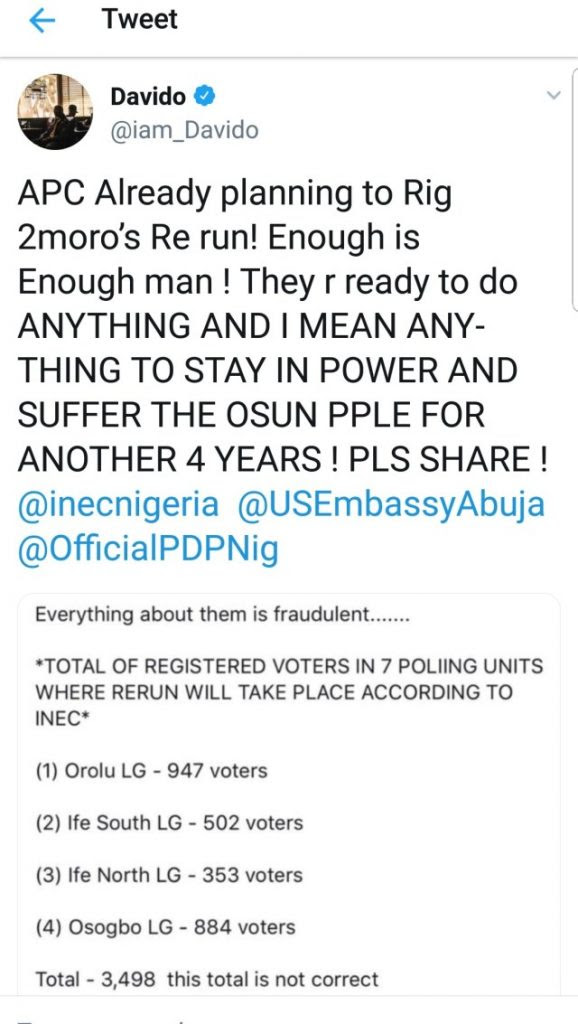 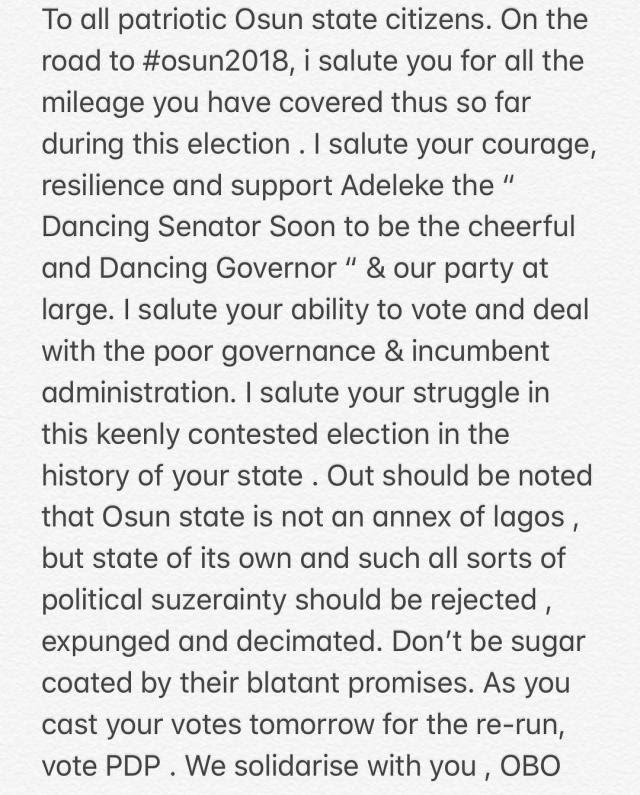 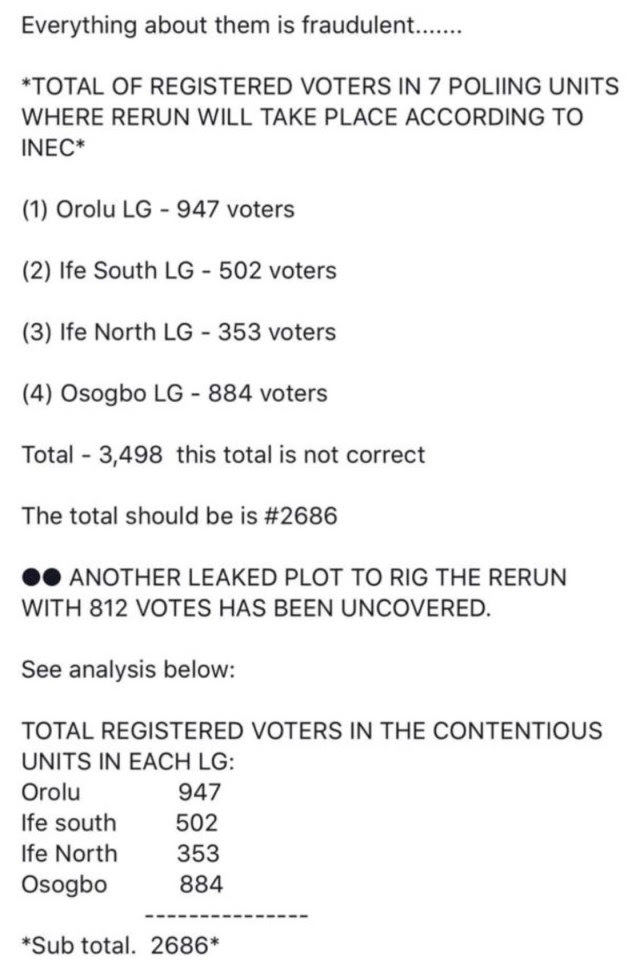