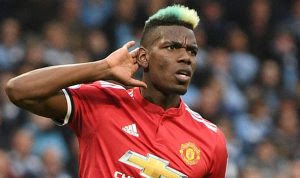 Paul Pogba who was a pivotal figure for the France national side at the just concluded World cup resumed training on Monday with Manchester united amidst rumor of exit. Although the transfer window has closed in England but  still opened for most Europe’s major league until August 31. As a result, it is still possible for him to leave with Barcelona being the front runner. Below are reasons why he might be weighing his options.