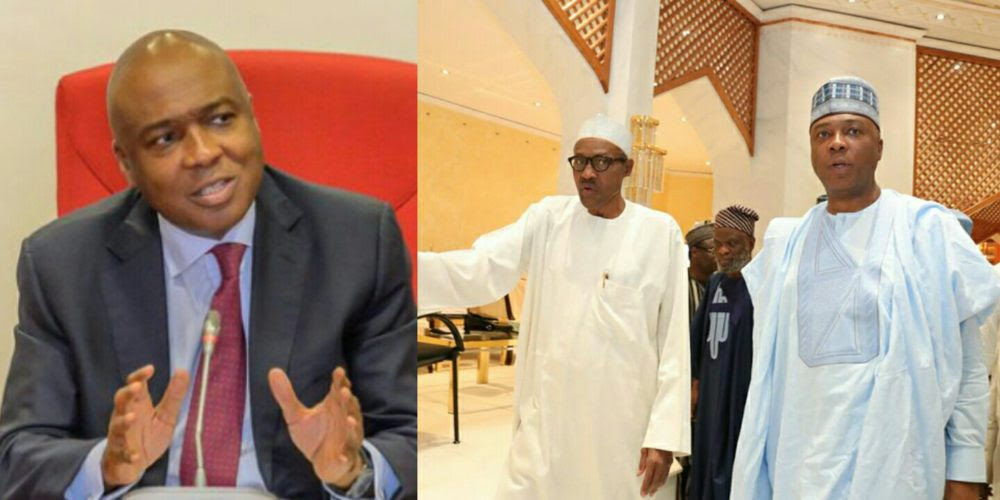 Senate President Bukola Saraki has reacted to the statement released by the ruling APC in which the party described him as a failure and the worst Senate president Nigeria has been unfortunate to have.

While reacting to the comments made by the party, Saraki in a statement released by his media aide, Yusuph Olaniyonu, said he cannot “descend into the gutter” with the ruling All Progressives Congress (APC).

We can’t descend into the gutter with these characters.

Saraki said in his response

On July 31st, Saraki announced his defection from APC to PDP.

In the statement released by APC spokesperson, Yekini Nabena, yesterday, August 9, the ruling party described Saraki as a dismal failure who is unfit to be a senate president.

Read the full statement below:

In every democratic country, the position of the Senate President is one of the highest political offices one can attain. It is a position reserved for the best of the best, experienced and exemplary politicians who by their character and conduct in public offices, the younger generation look up to as role models.

In terms of exemplary personage, the reverse is the case in respect of the current Senate President, Dr. Bukola Saraki who has been a dismal failure and has been involved in one controversy or the other – budget padding, filibustering, legislative rascality, sabotage of matters of national interest, among other criminalities too numerous to mention.

Having suffered under the 16-year misrule of the Peoples Democratic Party (PDP), Dr. Saraki will go down in our country’s history as the worst Senate President Nigeria has had the misfortune to have. Since his usurpation of the coveted seat, achieved through a wicked conspiracy with members of the opposition PDP, it has been from one controversy to another – the Code of Conduct trial for false declaration of assets; conspiracy with his deputy to fraudulently alter the rules of the Senate and links to the deadly armed robbers who wasted many lives in the Offa robbery attack. It is alleged that some of the robbery suspects were his political thugs used to rig elections; a common adage says: “Show me your friends and I will tell you who you are”.

Dr. Saraki is definitely not our good example for political leadership.

All over the world, the leadership of the legislature is provided by the political party with majority members. But Dr. Saraki would in the absence of many members of his former party, the All Progressives Congress (APC), connive and conspire with members of the opposition PDP to emerge Senate President, and in the process tradeoff the Deputy Senate President position to the opposition PDP – a political betrayal and treachery even the devil would be envious of.

Even at this time he has defected to the opposition PDP, and with APC still in the majority in the Senate, Dr. Saraki still has the impudence to present himself as the Senate President. Political ambition should be made of nobler stuff.

One is of course not surprised as Dr. Saraki’s greed, selfishness, treachery, disregard for protocol and constituted authority is well-reported. In terms of treachery, Dr. Saraki’s public humiliation of his late father and sister comes readily to mind.

A traitor will always be a traitor, however the time and place. The Senate must do everything possible to put Dr. Saraki where he rightly belongs – the back seat. He is definitely not a fit and proper person to preside over the country’s upper and revered legislative house.

A man who betrayed his father, sister (many times), his party PDP in 2014, the APC in 2015 by conspiring with opposition PDP senators to emerge Senate President, APC administration by sabotaging the executive and defecting to the PDP in 2018 has no character, principles, values and integrity. His only interest is Bukola Saraki, Bukola Saraki and Bukola Saraki. The question is not IF he will defect again from PDP if Bukola Saraki’s interest is not served, but WHEN he will do so. Such mean men are not interested in the Nigeria of our dreams.