Tinubu Slept During Presidential Candidates’ Meeting, His Chair Spoke All Through  – Sowore 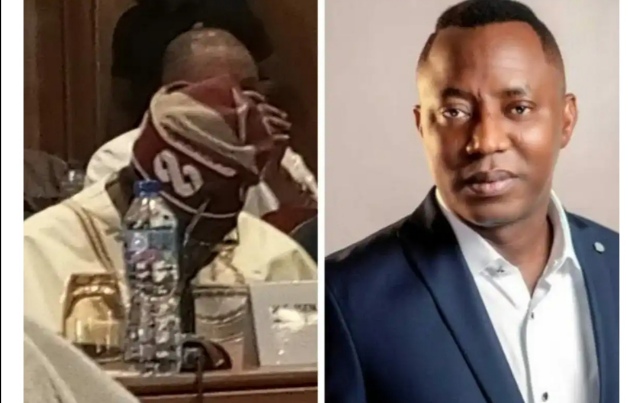 The National Peace Committee under the leadership of General Abdulsalami Abubakar held a meeting for all 2023 presidential candidates and party leaders on Friday, January 2023.

The meeting, according to Abubakar, was organized to ensure the proper conduct of candidates, their parties, and other stakeholders, especially during the campaigns ahead of the elections.

However, hours after the meeting ended, Sowore in a post on Twitter, said Bola Tinubu slept all through the meeting and made no contribution as his party chairman spoke on his behalf.

According to Sowore, he was also asked to reconcile with Major Hamza Mustapha, the former aide to late Gen. Sani Abacha and presidential candidate of Action Alliance, but he was very clear that his disagreement with him was political.

He wrote: “We just returned from a meeting of party leaders/Presidential candidates with the national peace committee in Abuja, the Presidential candidate of The ⁦@OfficialAPCNg @officialABAT slept through the meeting, he didn’t say a word. His party chair spoke on his behalf.

“I was asked by Chair of the National Peace Committee, General Abubakar Abdusalam to “reconcile” with Major Hamza Mustapha. I was very clear that my disagreement was political, that I have issues with all the military people that annulled the June 12, 1993 elections including him!”