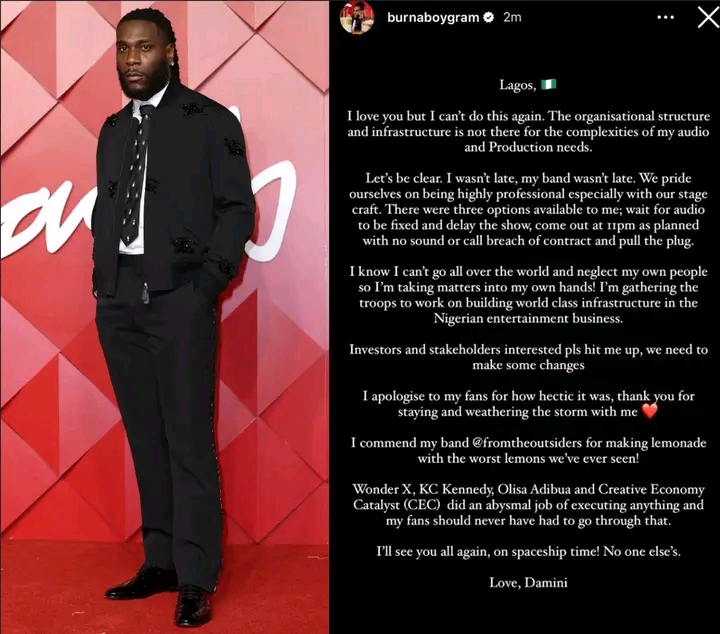 Just few hours after Lagos concert,Grammy award winner, Burna Boy, has tender his apologies to his fans for the delay at his Lagos concert on Sunday.

The singer said he wasn’t late, neither was his band late; he blamed organisational structure and infrastructure for the delay.

He said, “Lagos, I love you but i can’t do this again. The organisational structure and infrastructure are not there for the complexities of my audio and production needs.

“Let’s be clear, I wasn’t late, my band wasn’t late. We pride ourselves on being highly professional, especially with our stage craft. There were three options available to me: wait for audio to be fixed and delay the show, come out at 11pm as planned with no sound or call breach of contract, and pull the plug.” he said.