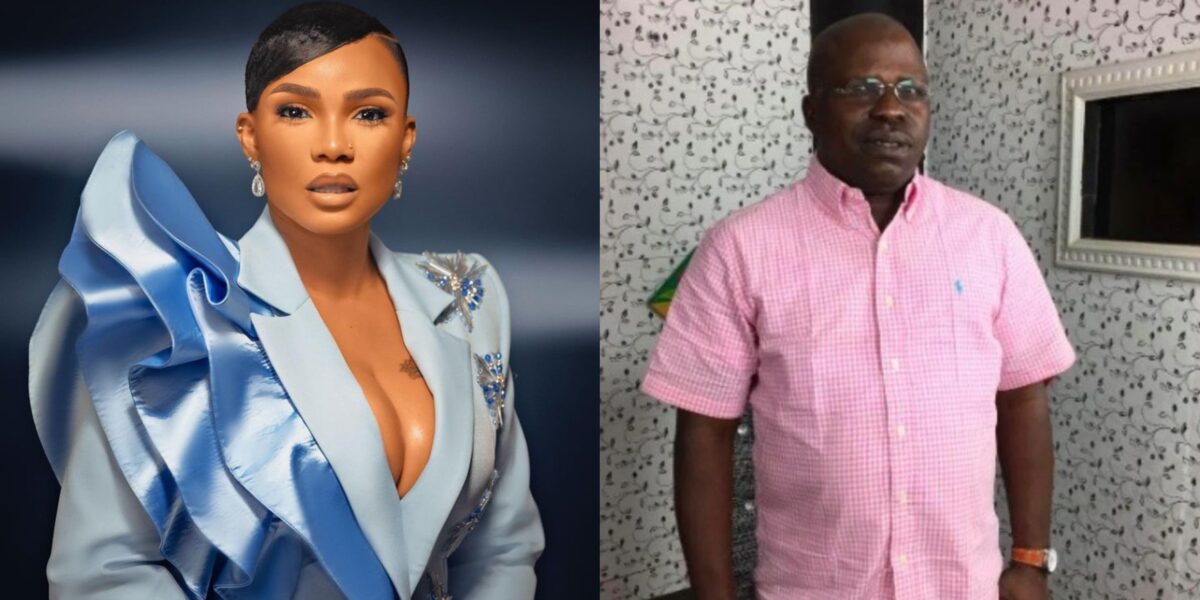 Nollywood actress, Iyabo Ojo has called out the founder of popular publication, Goldmyne TV over a false report on her.

Goldmyne TV recently uploaded a video collage of the women who have allegedly been linked to dating senator Dino Melaye.

Iyabo Ojo was one of the names mentioned as well as skitmakers Ashmusy, Nons Miraj and other actresses.

Iyabo Ojo, who wasn’t pleased with the post took to her Instagram page to call out the founder of the publication, Otunba Sesan Rufai.

Describing him as a ‘bastard’, Iyabo Ojo told him to call his animals together before she starts with him. Further calling him as dirty pig, she warned him not to throw stones at her.

“Otunba Sesan Rufai…you fuc* bastard…you better call your animals together before I start with you… Dirty pig like you don’t throw stones bcos you fuck* live in a glass house.

Reacting to the post, Toyin Abraham, Nkechi Blessing Sunday, OAP Toolz, amongst others expressed their displeasure regarding the post by the publication. 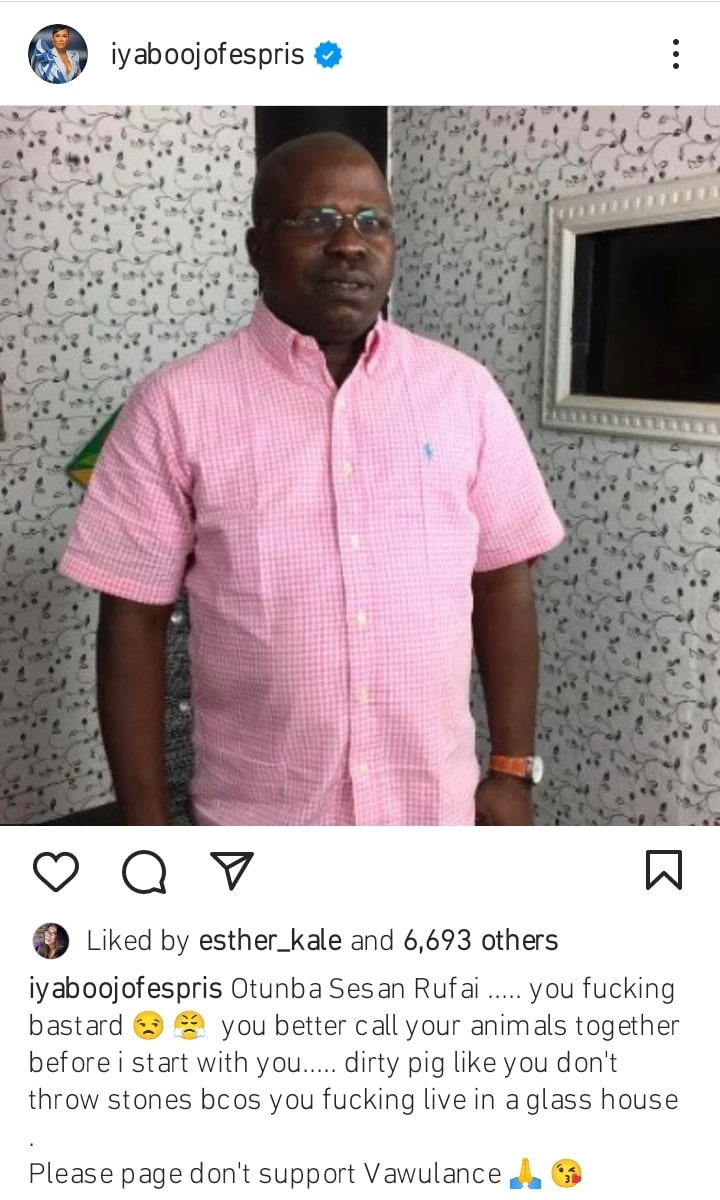 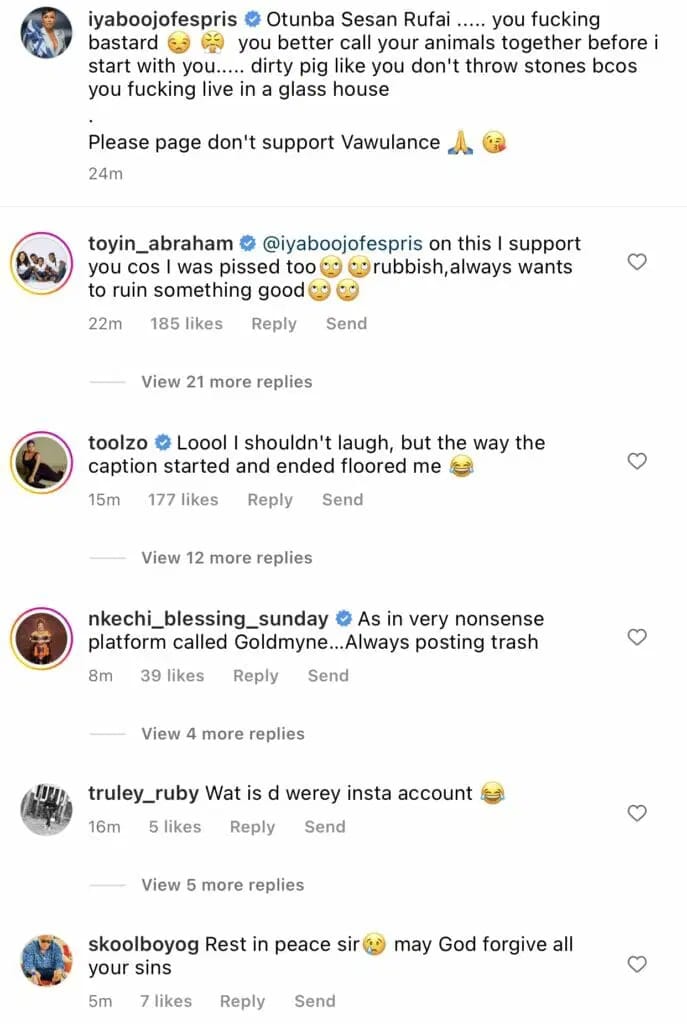