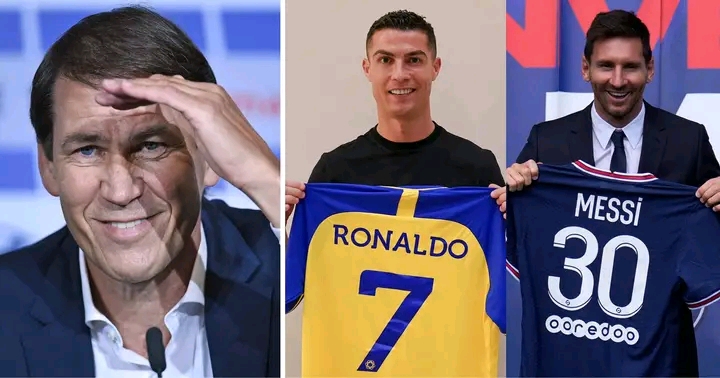 Rudi García, Cristiano Ronaldo’s new coach at All Nassr, has reacted to a joke at a press conference with the possibility of also bringing Leo Messi.

“First I wanted to bring Messi from Doha,” the coach joked. In the last few days, after the signing of Ronaldo, it has emerged that a billionaire Saudi club has the ambition of jousting big stars on the world scene and the last name to be related is that of Sergio Ramos.

After announcing the signing of Cristiano Ronaldo on the last day of the year, the Saudi club convinced the Portuguese player with a mouth watering contract that, according to some media outlets, reaches 200 million euros for two and a half seasons, until 2025.

However his coach has also revealed that as a fan of Leo Messi to the point of assuring, in one, that he himself would have gone to Qatar to look for the Argentine footballer.

“I tried to bring Messi directly from Doha,” he replied at a press conference when he was questioned about the possibility of CR7 signing for the Saudis.