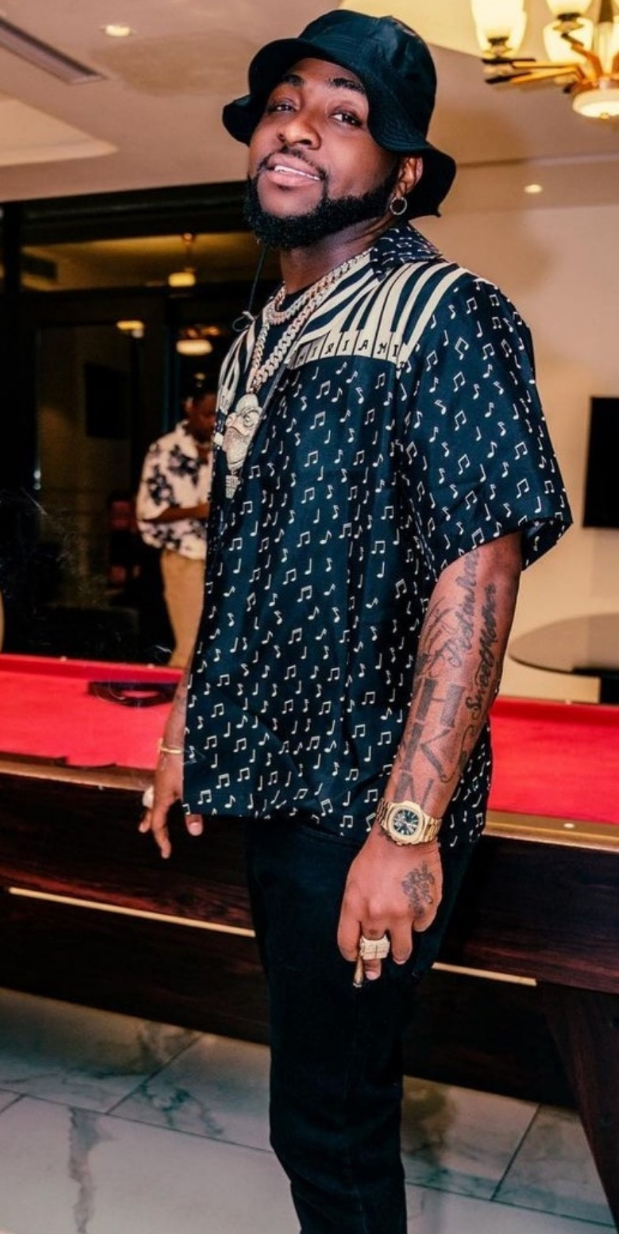 Nigerian singer, Davido and his wife Chioma Rowland have been involved in a protracted marital conflict involving his cousin, Sina Rambo and his ex-wife Korth Adeleke.

According to a report, her comment on Adeleke’s family also contained Davido and his wife, Chioma.

Korth’s mother on her Instagram page on Friday posted a screenshot chat of Davido.

She claimed the artist should be held accountable if anything bad happens to her, while she further accused him of issuing a threat to them.

She wrote,” I want the whole world to know that if anything happens to my daughter, Davido Adeleke should be held responsible as he has threatened to deal with her.

“My daughter is a German citizen by birth and nationality and I am tagging everybody including the bloggers to come out and present proof that my daughter Heidi insulted or called Chioma out directly.

“I have so many threatening messages to my daughter which we have ignored over a couple of days but this time, we are not ignoring this.

“As a mother this time I am not ignoring any threat to my daughter. I want the whole world to see this. We have had enough and nobody will take my silence for granted.”

“This post was sent to me yesterday and I posted it after several calls to Sina Rambo as to why he would send his chat with his cousin threatening my daughter to my family member. My calls were declined by Sina Rambo.”