Davido, Chioma Rowland Get Matching Tattoos On Their Ring Finger 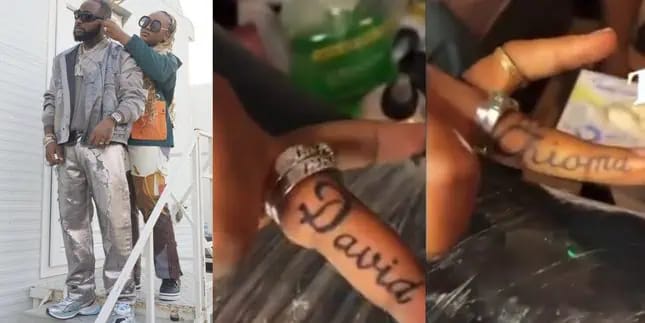 Award-winning singer, Davido and his wife, Chioma Rowland who have been living a low-key lifestyle, have gotten tatoos of each other names on their ring finger.

A video making rounds showed the couple getting each other’s name tatted on their ring fingers.

This is coming after the singer fully paid Chioma’s bride price on Thursday, 5 January 2023, to the Umunna (Direct and extended family, with family elders) at Owerre Nkw Orji in Nkwerre Local government Area, Imo State.