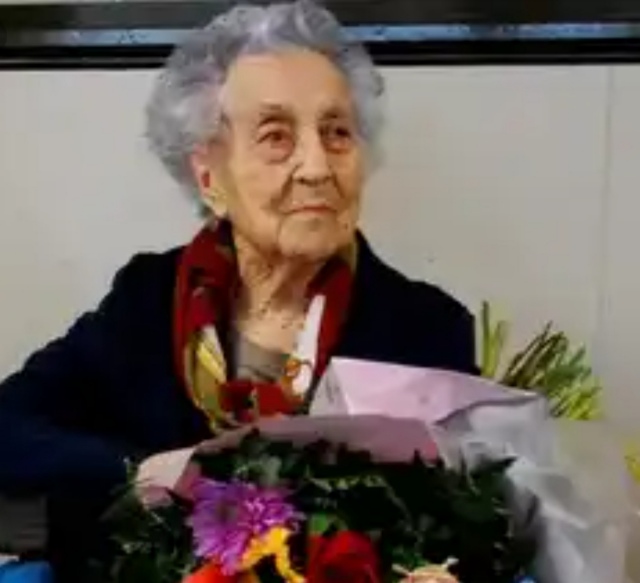 According to Gerontology Research Group, 115-year-old Branyas who was born in San Francisco, California, to an expatriate Catalan family, lives in Spain

Branyas, soon to be 116-year-old in less than 2 months, married Joan Moret, a doctor in 1931, with whom she worked at his side as a nurse during the Spanish Civil War and had three children together.

The supercentenarian travelled to Egypt, Italy, the Netherlands, England and took up sewing, music and reading in the 1990s.

At the age of 92, in the year 2000, she moved to a nursing home in Olot, Catalonia, after contracting pneumonia.

Branyas, at the nursing home was an active resident, playing the piano and exercising gymnastics until her mobility deteriorated.

Wikipedia reveals she lives a quiet, simple life and rarely leaves her room, adding that she has never smoked, drunk alcohol, or dieted, and attributed her health to good genes.

However, the American-born tested positive for COVID-19, when she was 113 years old, in April 2020 and thankfully became the oldest person to recover from the virus.

Nonetheless, Branyas who is also deaf became a supercentenarian on 4 March 2017 and has been the oldest living Spaniard since the death of Josefa Santos Gonzalez on 22 December 2019.

Information Nigeria is able to learn more about Maria Branyas Morera amid the heartbreaking news of Sister Andre’s death, who died in her sleep in a nursing home in Toulon.

Sister Andre devoted a large part of her life to Catholicism and had lived through two world wars.