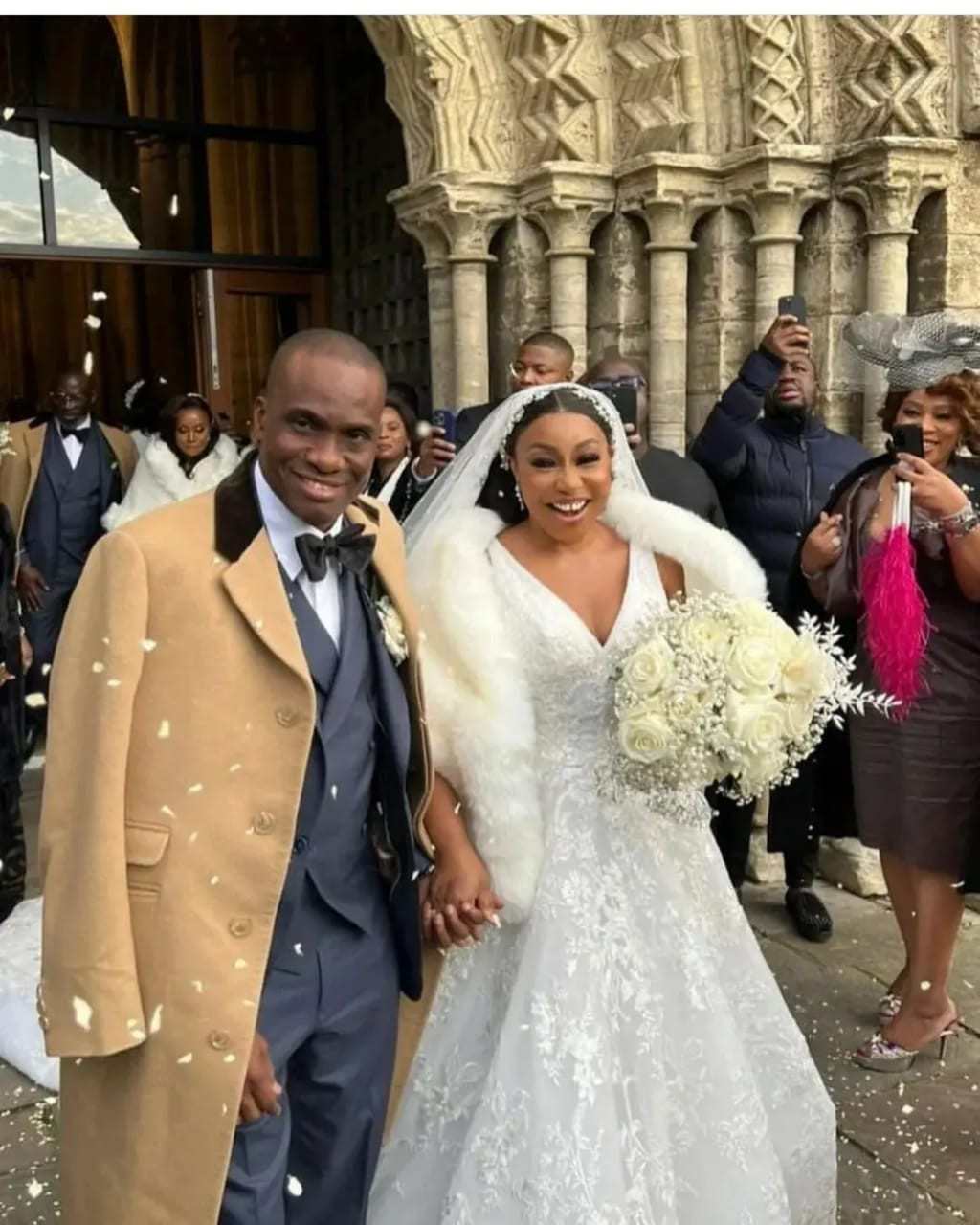 Nollywood actress, Rita Dominic has addressed claims of her dating her husband, Fidelis Anosike while he was still with his ex.

A Twitter user, identified as Winter Berry had claimed that the actress started dating him while he was still married. The tweep had pointed out our Rita Dominic, Rosy Meurer and Mercy Johnson have all wrecked people’s marriage and snatched their husbands.

She pointed this out as she reacted to singer, Paul Okoye’s relationship with 22-years-old, Ivy Ifeoma.

Winter Berry wrote: “Rita Dominic was dating Fide while man was still with his last wife. Meurer was dating Churchill while Churchill was married to Tonto. Ifeoma has been dating Paul Okoye since 2020. Mercy Johnson was dating Prince, & Ruth his wife was crying. Lol. Judy is actually a nice learner.

‘If Paul just made that girls & just showed you guys, with all that old video digging & backlash, it would have torn them apart. But Ifeoma’s video may actually have been in reference to Paul Okoye, from the days of “REASON WITH ME”.

‘Ruth wrote to church and was crying over Mercy Johnson & Prince, I heard. But no one paid attention. The CE still wedded them. Now everyone is awwwwning over MJ’s marriage to him. Meurer and Rita actually played the perfect side chic till they ran out Tonto & Dude’s wife out.

‘Smart ladies. Ever have that sibling(s) that is always jumping house duties, but the day you are flagged or punished, he or she suddenly becomes obedient & a saint child. Making you the bad person (maybe that you actually are) those divorced wives can relate”.

Reacting to the allegation on her Twitter page, Rita Dominic faulted the tweep for feeding the public with lies. According to Rita, the allegations were all lies and an attempt to feed gullible people.

“People are celebrating the birth of Christ while this gutter snipe is on Twitter making up terrible lies to feed gullible people”. 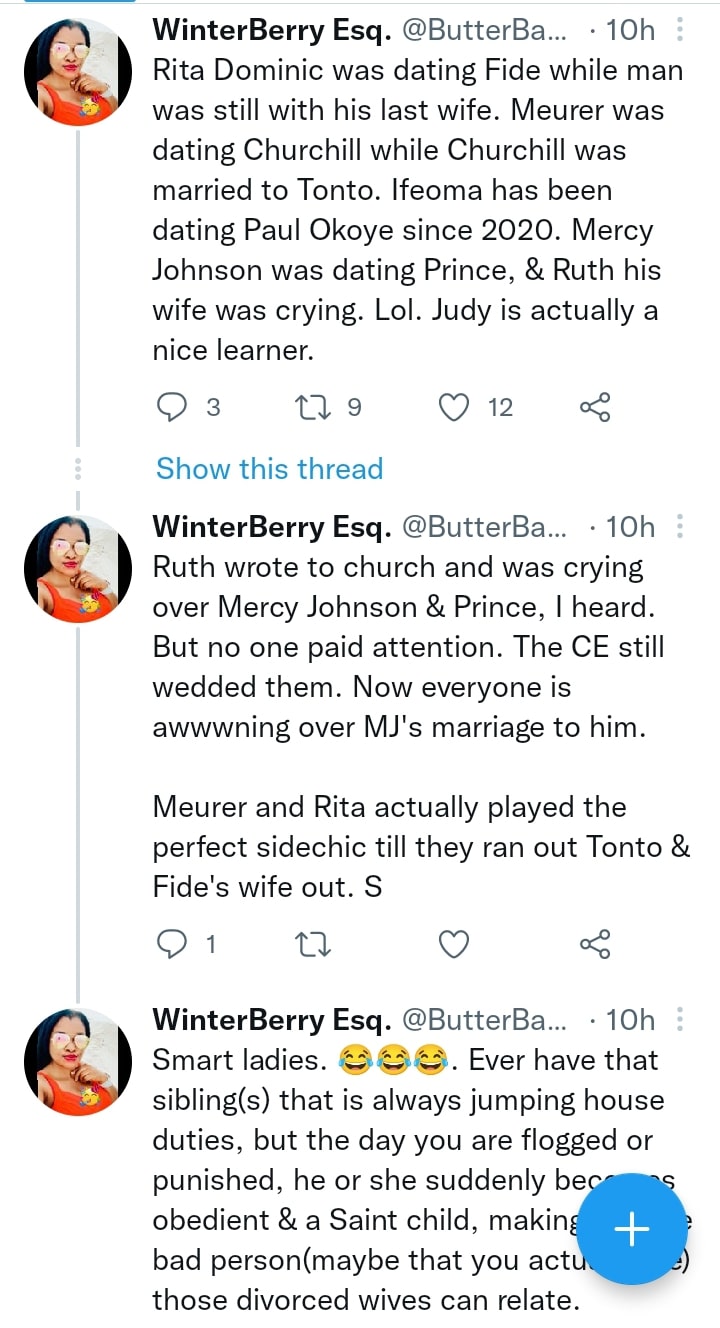 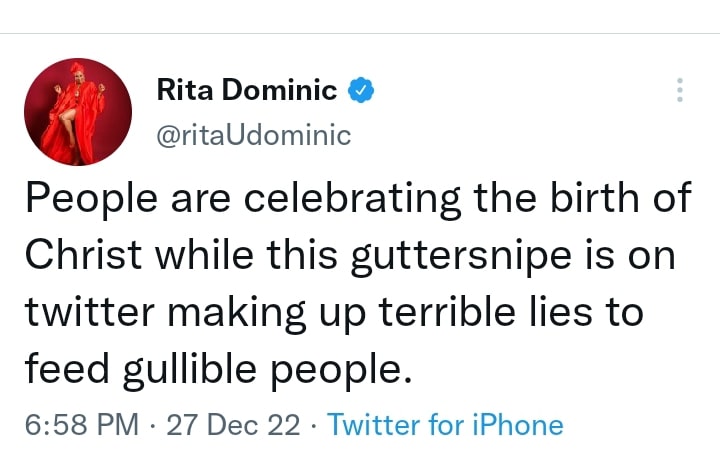