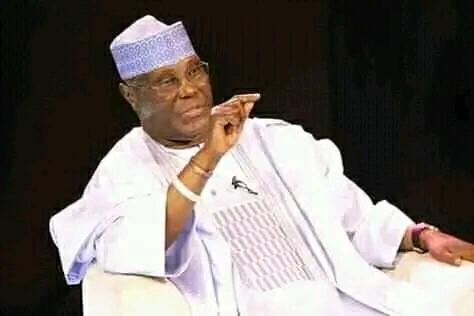 The Presidential candidate of the Peoples Democratic Party(PDP), Atiku Abubakar and his entire campaign has expressed confidence about his prospects in the 2023 elections despite threats by 5 Governors of the party to deny him.

Spokesperson of the Atiku-Okowa Campaign Organization, Mr Kola Ologbodiyan, in an address to pressmen in Abuja, on Tuesday, said that facts on the ground, support the campaign organization’s confidence in a sweeping victory for Atiku at the first ballot.

He spoke just as the Governor Nyesom Wike-led G-5 Governors relocated to London to perfect their endorsement plan for a yet-to-be-named Presidential candidate.

Feelers from the G-5 camp indicate that members are torn between declaring support for the candidate of the All Progressives Congress, Asiwaju Ahmed Tinubu and that of the Labour Party, Mr Peter Obi.

A usually reliable source within the G-5 Governors camp who confided in Vanguard, said, “The governors are considering giving their support to either of the two.

“One of the Governors is making a case for Obi but others argue that he lacks the support base to cover the 36 states and Abuja.

“Those in this camp argue that should he emerge victorious we will be returning to square one because he will not enjoy the majority in the National Assembly and thus will find it difficult to pass legislation required for him to make the reforms he has been conversing.

“On the other hand, those among them making a case for Asiwaju are of the view that the party being the ruling party has the requisite spread.

“They also allude to the fact that the candidate so far appears to recognize the disaster the APC represents at the Centre and had concentrated on using successes recorded in Lagos as examples of what he intends to do when he gets into office; would endear him to Nigerians.”

The source further said, “Politics is all about negotiations they are still taking. One thing they agree on is their determination to ensure that the next President emerges from Southern Nigeria.”

However, the Atiku-Okowa campaign is confident that no conspiracy will be strong enough to deny its candidate who was destined for victory.

The campaign said with Atiku’s overwhelming support by Nigerians across the board, the outcome of the presidential election, in which Atiku will emerge victorious on February 25, 2023, “will shock Pollsters.“

Ologbondiyan said, “Atiku enjoys the solidarity and support of greater majority of Nigerians who are not captured in the indices relied upon by many of the pollsters in their projections on the 2023 Presidential election.

“It is incontrovertible that Atiku will win the majority of lawful votes across the country and garner the constitutionally required 25% of votes in more than 24 States of the federation.

“It is evident that the massive traditional voters of the PDP across the polling units, wards, local governments, states and the six geo-political zones are not distracted in their steadfastness to rescue Nigeria from the misrule of the All Progressives Congress (APC) by voting en masse for Atiku.“

He further explained that this army of traditional voters is unrelenting in mobilizing the non-partisan voters as well as the undecided across the country to vote for the PDP Presidential Candidate.