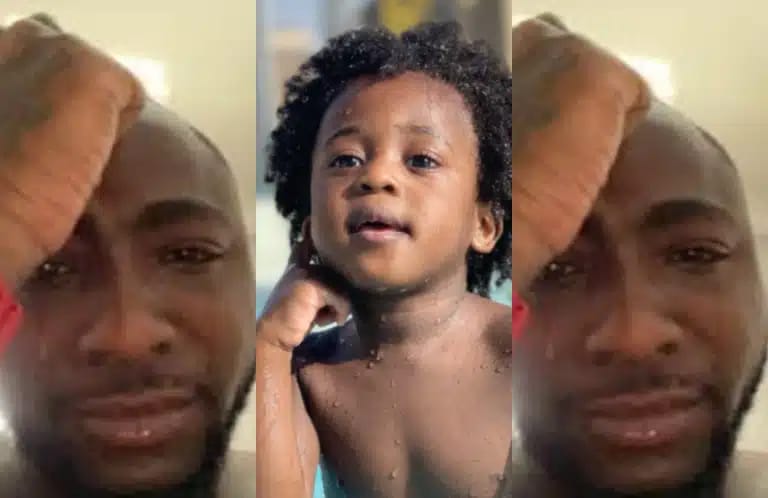 Controversial and self-acclaimed investigative journalist, Kemi Olunloyo, has alleged that there is a generational course in Davido’s family.

She made this statement after the sad passing of Davido’s son, Ifeanyi Adeleke, on Monday, October 31.

According to her, she will launch a docuseries on the numerous death and generational curse in the family.

Kemi further alleged that her father told her about Davido’s late uncle, Isiaka Adeleke. She further stated that she was friends with Davido’s late mother, Vero Imade Adeleke and she babysat Davido.

She also alleged that only Davido can spiritually break the curse in his family.

She wrote, “Today I’m launching #TheAdelekeCurse TikTok DOCUSERIES based on true life stories my father told me about several years ago. Late Uncle Isiaka was very close to my dad. I was very close to Late VeroImade in ATL, babysat David a few times in my ATL days 1992, 2003. This will be the sequel to my underrated YouTube docuseries #SurvivingDavido.There is a generational curse no one can fully explain BUT I personally believe only DAVIDO can BREAK IT SPIRITUALLY.” 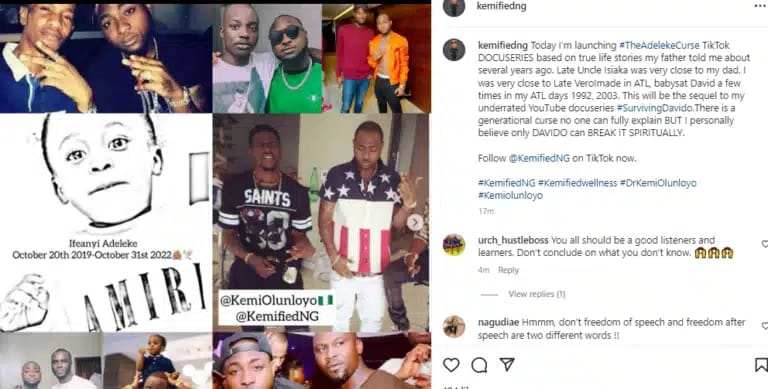