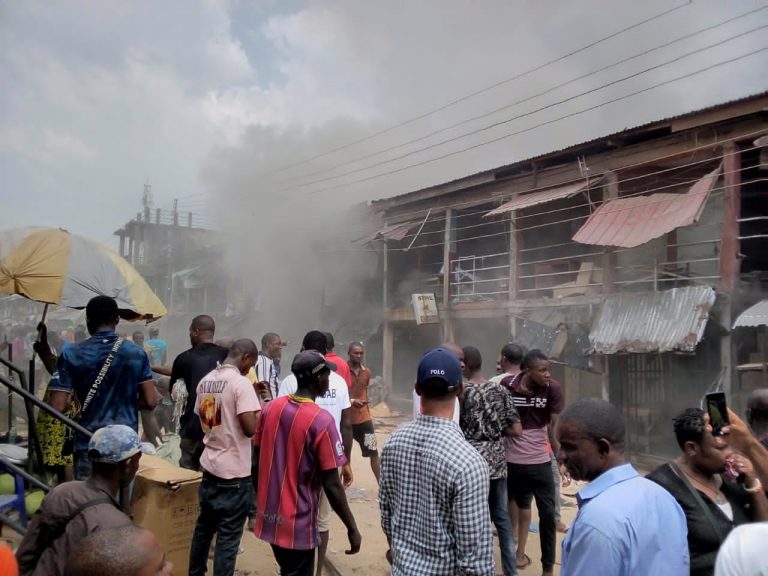 Multi-million naira worth of goods and buildings have been destroyed in the fire that gutted the Chemical Market in Onitsha Head Bridge, Anambra State, with many people said to be trapped in the fire.

It was gathered that the fire started at about 12:10pm on Tuesday when the chemicals stored in some shops started exploding one after another.

Many people were also said to be injured as the chemicals were exploding and hitting people at various points.

The men of the Anambra and Delta states fire service are on the ground battling to put off the fire.