Rico Swavey Laid To Rest In Lagos Amid Tears 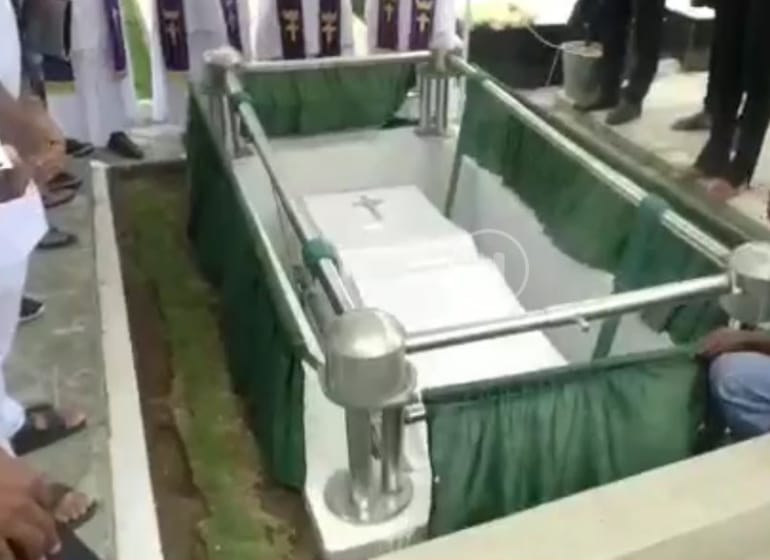 Rico Swavey, the late reality TV star, has been buried in Lagos in the presence of family and friends.

His burial rites began with a church service on Thursday morning at The Methodist Church of Trinity (Tinubu Square) in Lagos Island before his family accompanied his body to a funeral home.

His funeral took place at Ebony vault in Ikoyi, Lagos. It was a private event attended by family and friends.

Recall that, Rico was involved in a car crash on October 11. He died from the injuries he sustained from the crash.

Twenty-nine-year-old Rico gained popularity when he participated in the 2018 edition of BBNaija.