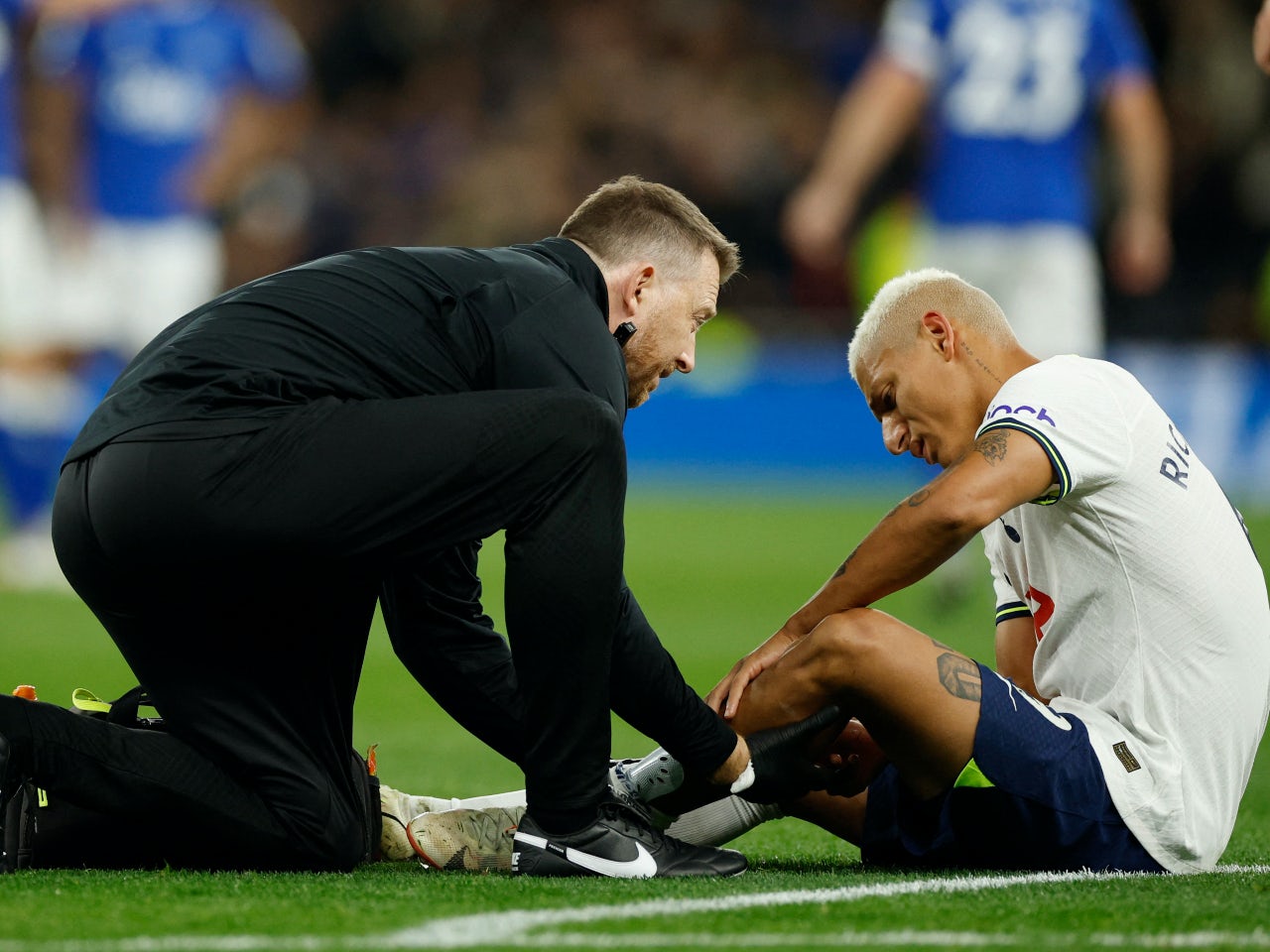 Richarlison has announced that he will discover the results of his scan on Monday after picking up an injury and leaving Tottenham Hotspur Stadium on crutches following Tottenham’s 2-0 win over Everton on Saturday.

The Brazilian went to ground five minutes after the start of the second half and had to be substituted.

Clutching his left calf after going down, Richarlison was visibly emotional and in tears when departing the stadium late on Saturday evening.

The 25-year-old forward is worried about the injury and hopes it can heal to allow him to participate in the November World Cup.

Reporters asked about the injury after the game, and Richarlison said: “It’s kind of hard to say because it’s so close to realising my dream [playing at the World Cup],” he told ESPN Brasil. “I’ve already suffered an injury similar to this. I hope it can heal as soon as possible, or less. I was stopped about two months at Everton.

“I know it’s hard to talk right now, but let’s see, I’ll recover. Monday I have tests to do, but even walking hurts. Let’s wait.

“It’s all so close, it’s about a month to go, and we’ve been getting ready, working every day so that nothing serious can happen. Unfortunately, today I had this calf injury, but now it’s just a matter of waiting, doing the treatment every day so that I can recover as soon as possible.”

Antonio Conte also confirmed that Richarlison would be out of Spurs’ match at Manchester United on Wednesday evening.