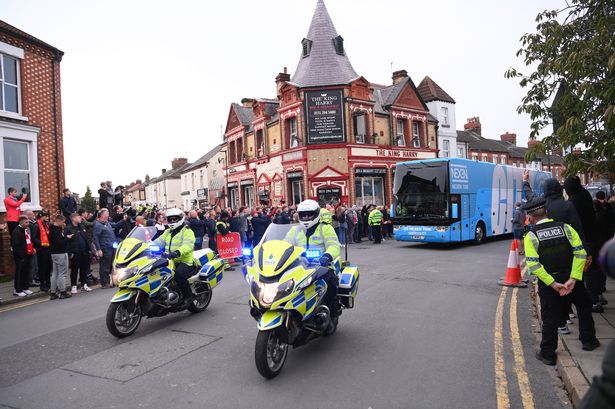 Merseyside Police are investigating a complaint of alleged criminal damage to the Manchester City bus as it returned home from Liverpool.

An image showed damage to the windscreen following City’s 1-0 defeat at Anfield on Sunday.

Police said inquiries are ongoing and appealed for information.

The force encouraged anyone with video, CCTV, or dashcam footage of the incident to come forward.

This is coming days after City boss Pep Guardiola said members of the Anfield crowd threw coins at him during the game while Liverpool condemned “vile” chanting from the away end.

Liverpool’s manager Jurgen Klopp has since been charged by the FA after he was dismissed for criticizing a referee’s assistant who failed to give a foul for a challenge on Mohamed Salah.