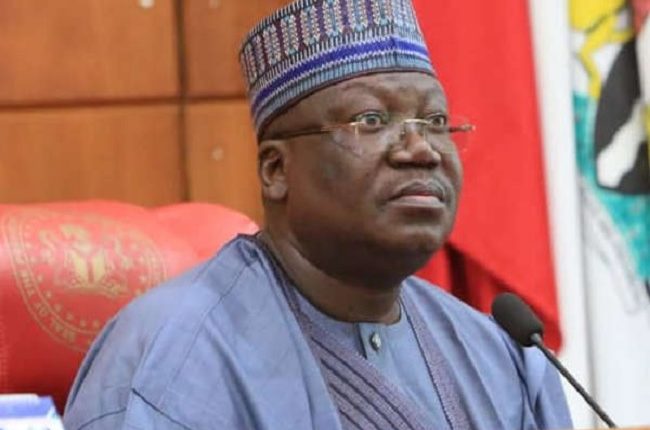 Senate President, Alhaji Ahmad Lawan, says the National Assembly will pass the 2023 Appropriation Bill of N20.5 trillion before the end of December.

He disclosed this on Tuesday in Abuja at a reception organised to celebrate the national honour of Grand Commander of the Order of Niger (GCON) conferred on him by President Muhamadu Buhari.

The budget is tagged “Budget of Fiscal Sustainability and Transition.”

Lawan, while delivering a speech at the reception, said that the Senate would begin debate on the bill on Wednesday.

“Tomorrow, we will start the debate on the 2023 appropriation bill. Like we did for the three previous sessions, we are going to pass it before the end of December.

“We are purposeful and we are focused. It’s not for nothing that the presidency decided to honour 12 of us.

“They know our contribution to not only the administration of good governance, but also stability of the polity.

“I strongly believe that the national assembly of today has provided so much inputs into political stability in Nigeria. The records are there.

“People can look at what we have done and also those things that we didn’t do. I believe that our colleagues in the 9th Senate worked so hard.”