#ENDSARS Memorial Set To Hold At Lekki Tollgate On Thursday 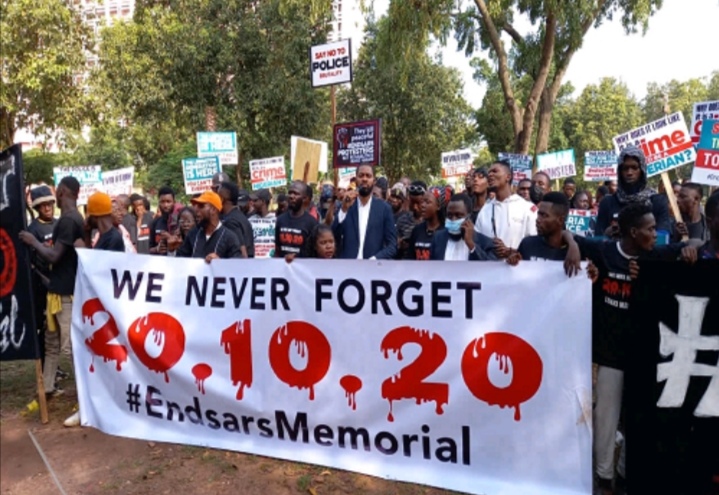 Activists have announced their plan to commemorate the second anniversary of 2020 #EndSARS nationwide protests in Lagos State.

The memorial is set to take place at Lekki tollgate, Lagos on Thursday from 8am — 11am.

Recall that Lekki tollgate was the epicentre of the #EndSARS protests in Lagos. The location had youths airing their grievances day and night until they were dispersed by soldiers of the Nigerian Army on October 20.

The #EndSARS protest was a public outcry for an end to police brutality, extrajudicial killings, extortion and abuse of power, especially by officers of the defunct Special Anti-Robbery Squad (SARS).

Although, the Lagos State Police Command is yet to react as at time of report, those behind the rally have made plans for the Thursday gathering.