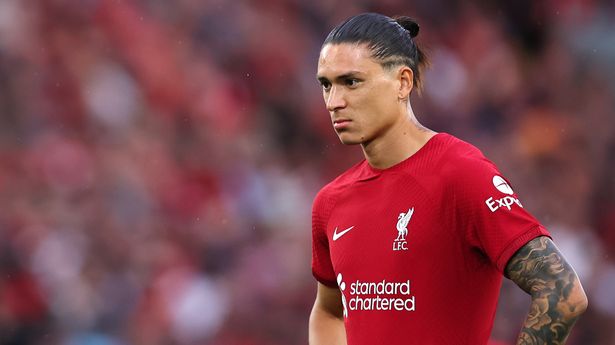 Darwin Nunez has admitted that he barely understands Jurgen Klopp’s team talks and needs his teammates to help play translator.

The Liverpool striker joined the side this summer from Benfica and was impressed early but has since struggled.

The Reds’ record £85million signing has toiled for goals since, with a three-match ban and an injury disrupting his ability to settle at the club.

Nunez revealed his communication problem with the Spanish media after his team won a group game in the Champions League, where the striker performed well but again drew blank in front of goal.

When asked about Klopp’s game plan, Nunez was quoted by the newspaper El Pais as saying: “The truth is that sincerely in his talks, I do not understand anything.”

Nunez then clarified: “Afterwards, I ask my teammates what he says.