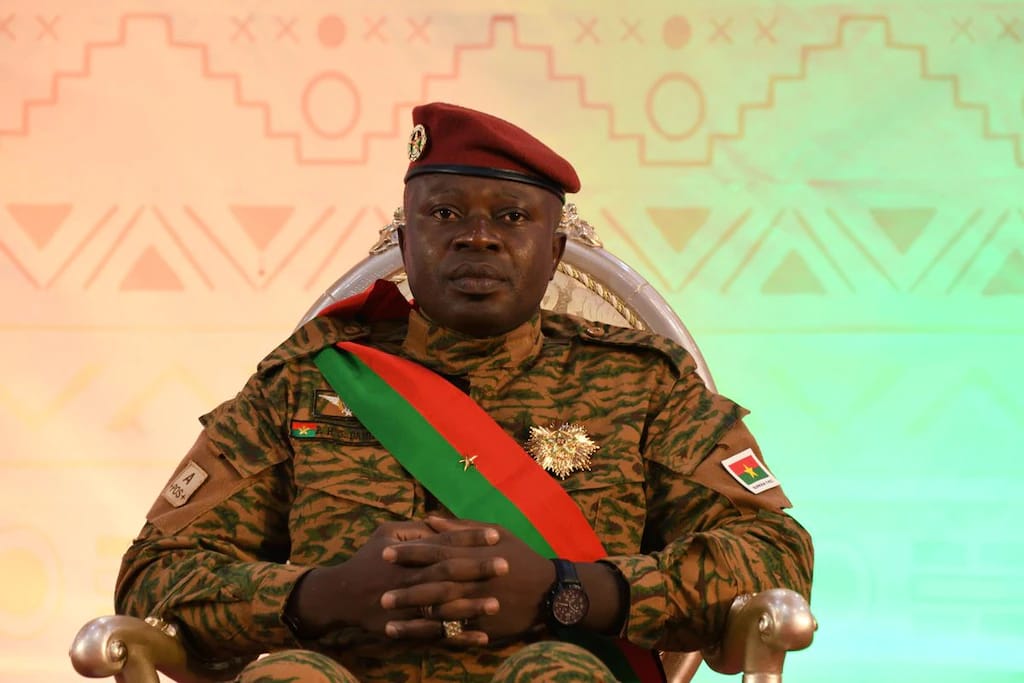 Traore added that he had dissolved the government, in the country’s second coup in eight months.

According to Traore, a group of officers who assisted Damiba in seizing power in January resolved to depose him because of his incapacity to handle the escalating Islamist insurgency.

The constitution has been suspended and the transitional charter dissolved, borders are closed indefinitely and all political and civil society activities are suspended, Traore said. He declared a curfew from 2100 GMT to 0500 GMT.

“Faced with the deteriorating situation, we tried several times to get Damiba to refocus the transition on the security question,” said the statement signed by Traore and read out by another officer on television, flanked by a group of soldiers in military fatigues and heavy armour.

The statement said Damiba had rejected proposals by the officers to reorganise the army and instead continued with the military structure that had led to the fall of the previous regime.

“Damiba’s actions gradually convinced us that his ambitions were diverting away from what we set out to do. We decided this day to remove Damiba,” it said.

National stakeholders will be invited soon to adopt a new transitional charter and designate a new civilian or military president, it said.

Civilian populations have cheered military juntas in the hope that they may be more successful at containing the insurgents than their democratically elected predecessors. But hope has faded fast.

Burkina Faso has become the epicentre of violence carried out by groups linked to al Qaeda and Islamic State that began in neighbouring Mali in 2012 and has spread to other West African countries south of the Sahara Desert.

Thousands have been killed in raids on rural communities and millions have been forced to flee. This week, at least 11 soldiers died in an attack in northern Burkina Faso. Dozens of civilians are still missing.

Friday’s coup creates a conundrum for West Africa’s political bloc, the Economic Community of West African States (ECOWAS), which has tried to persuade coup leaders in the region to return to civilian rule as soon as possible.

ECOWAS suspended Burkina Faso after the January coup but had since agreed to a two-year transition back to democratic elections.

“ECOWAS reaffirms its unreserved opposition to any taking or maintaining of the power by unconstitutional means,” it said in a statement.

It demanded “scrupulous respect for the timeline already agreed with the Transitional Authorities for a return to constitutional order no later than July 1, 2024.”