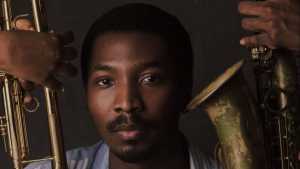 Made Kuti, an afrobeat artist and the grandson of music legend Fela, has said he does not think he lost the Grammy Award to veteran singer, Angelique Kidjo.

In an interview with Sunday Scoop, he said “I don’t see it as a loss. For award ceremonies, a person has to emerge the winner, and it is not an easy task for the judges too. I know that many albums would have been submitted for the awards before the organizers finally picked the best five.

“Although Kidjo won and I congratulated her, I don’t feel like it diminishes anybody nominated in that category.

“I did not see it as a loss, but as a form of recognition. The fact that my debut album was nominated is enough inspiration for me.”

Made added that starting at the age of 8, he did not particularly enjoy going on tours with his father.

He said, “At that age, one cannot really understand what is special and what isn’t. I went on so many tours and that was part of my life as a child. However, I did not truly appreciate the experience until I had to stop going and focus on school.

I have been to almost all the continents and major cities in the world. That is what makes me appreciate the love my father showed me. I was not an easy child; rather, I was very troublesome. The fact that he took me (on tours) despite the problems I could have caused him was a huge sacrifice on his part”.

When asked if he feels under pressure to fill his grandfather’s and father’s shoes, he responded, “It is not pressure because they are the people that inspired me. The songs I made are almost entirely inspired by my father and grandfather.”

“They are the ones who allowed me to discover my love for music. They were the ones who created the musical environment for me to grow up in,” he stated.